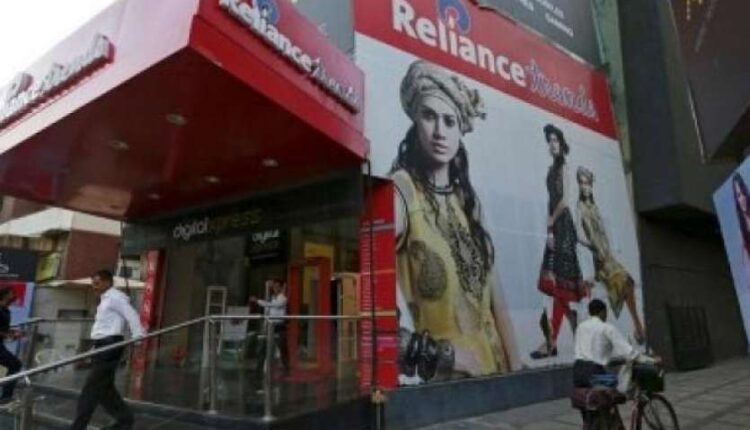 new Delhi. Reliance Retail may soon get another investor name after Silver Lake and KKR. It is none other than Mubadala, one of the largest investment companies in Abu Dhabi. Mubadala is also the sixth largest investor in Reliance Jio. The deal is going on between the two for retail for 1 billion dollars, which is about 7400 crore rupees. Earlier in the last few weeks, Reliance Retail has raised $ 1.8 billion with KKR and Silver.

Also read: Lufthansa cancels all flights between Germany and India amid controversy over reducing number of flights

Talks between the two companies
Reliance, controlled by Asia’s richest man Mukesh Ambani, has approached investors to place bets in its retail business, which has amassed more than $ 20 billion in the digital business of Geo Platforms this year. Reliance Retail has about 12,000 stores selling all items related to groceries and electronics goods to fashion and footwear. Mubadala has invested around $ 1.2 billion in Jio Platforms and its executives have held extensive talks with Reliance in recent weeks to invest in its retail venture.

May also be a possibility
According to the information, Mubadala is ready to invest $ 1 billion in Reliance Retail, for which negotiations between the two are going on fast. On the other hand, experts say that the talks are on advanced stage. The company can invest between $ 500 million to $ 1 billion. According to a statement to foreign media, a Reliance spokesperson said that the company cannot confirm or deny any transaction. The company evaluates various opportunities on an ongoing basis. On the other hand, Mubadala has refused to comment. Mubadala is the second largest state investor after the Abu Dhabi Investment Authority, which manages assets of approximately $ 240 billion.

Also read: Diesel became cheaper by 3 rupees in the month of September, know how much the price has become today

Many more names can be revealed
Reliance may soon announce some investments in its retail unit. This investment will come from the same investors who invested in Jio Platforms. Negotiations are underway with many investors for this. According to media reports, both Facebook and Google have invested in Reliance’s digital business, but the possibility of investing in retail seems unlikely. On the other hand, Japan’s Softbank Group also expressed interest in investing in Reliance Retail, but the talks did not proceed as the company was prioritizing other investors.

So this is Mira Rajput’s favorite dishes, Shahid’s wife answered the fan’s question