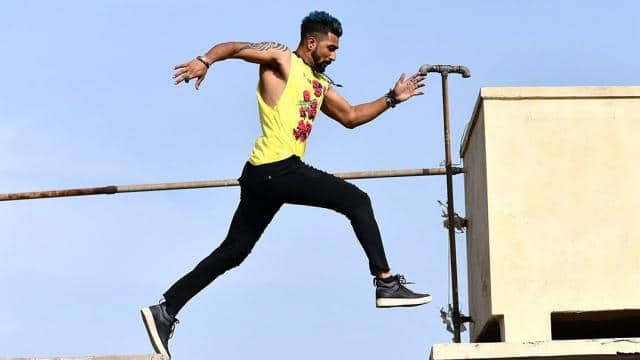 Actor Rajkumar Rao commented on Vicky Kaushal’s photo and wrote, “Rock Solid Brother.” Apart from this, actor Saqib Saleem has commented, ‘Bhai Bhai Bhai.’ Not only this, his brother Sunny Kaushal has commented on this photo while enjoying, ‘Hey Dola Re Dola Re Dola Re Dola.’ Musician Chaitanya Sharma wrote a surprise on this picture of him, ‘WHAAAAAATTTTTT !!!’. However, it is not clear from this picture whether Vicky Kaushal has kept this new look for any of his new films or otherwise.

Let us tell you that in February this year Aditya Dhar, director of Uri: The Surgical Strike movie, confirmed that he will be acting in his movie ‘Immortal Ashwatthama’. Perhaps to play this role, he is preparing to solidify his body and increase weight. It is believed that Vicky Kaushal, who kept his weight in Uri movie from 90 to 95 kg, is now preparing to increase the weight from 110 to 115 kg to play a role in ‘Immortal Ashwatthama’.

Bollywood round up: from Kangana’s response to trolls to Sapna Chaudhary’s revelations, read top 10 news