Akshay Kumar’s ‘Suryavanshi’ will knock in theaters next year, know when Ranveer Singh’s ’83’ will be released 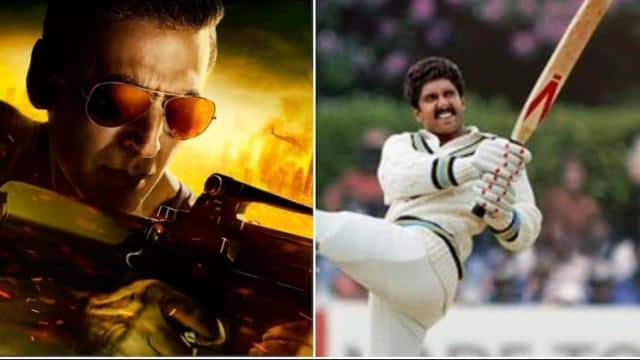 There is a tremendous craze in the fans for Bollywood actor Akshay Kumar’s film Suryavanshi. Fans may have to wait longer for the release of this film. It is being told that the film’s release has been postponed to next year. At the same time, Ranveer Singh’s film 83 will be released around Christmas this year.

The filmmakers had planned to release Suryavanshi during Diwali. It will now be released in the year 2021. However, Akshay Kumar’s second film Lakshmi Bomb is releasing on Disney Plus Hotstar on November 9 before Diwali.

Amrita Rao is going to be mother, first picture revealed with baby bump

As reported by Mumbai Mirror, Reliance Entertainment CEO Shibashish Sarkar said, ‘We do not want any change in the release of film 83 for Suryavanshi. The release date of the sports-drama film 83 has been set at Christmas. We have decided on a new release date for ‘Suryavanshi’ with the actor and director. The film may release between January and March.

It is known that the film Suryavanshi is directed by Rohit Shetty. In it, Akshay Kumar’s opposite Katrina Kaif will be seen. Apart from this, Ajay Devgan and Ranveer Singh will also be seen in important roles in the film.

At the same time, talking about film 83, it has been directed by Kabir Khan. The film was scheduled to release in April this year, but was postponed due to Corona. It is a multistar film in which Ranveer Singh will be seen in the role of former cricketer Kapil Dev. At the same time, Deepika Padukone is also a part of this film.

User spoke to Divyanka Tripathi, learn to live without make-up and AC, the actress said – don’t be the hero Uncle

Vedanta failed in delisting, a major loss for the company