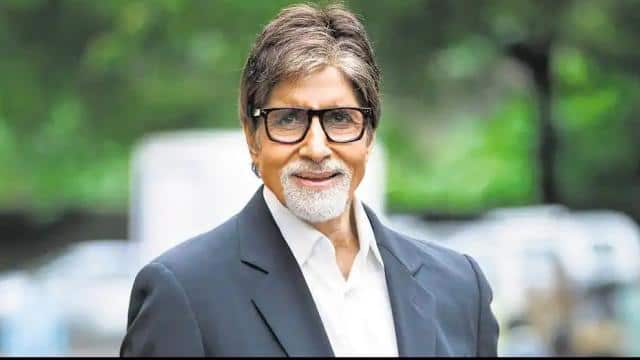 Bollywood superstar Amitabh Bachchan is currently admitted to the hospital due to being found corona positive. From time to time, fans are giving their health updates. Recently, Amitabh Bachchan shared a tweet which he became very emotional while writing. In a university in Poland, there is a recitation of ‘Madhushala’ by Big B’s father and famous poet Harivansh Rai Bachchan. While sharing the video, Amitabh Bachchan writes that my eyes are moist. Poland’s Wrocław has been awarded the City of Literature Award by UNESCO. Today, there was a recitation of Babuji’s tavern which was narrated by the students of the university by climbing on the roof. They are passing the message that the city of Wroclaw is the city of Harivansh Rai Bachchan.

T 3601 – I am moved to tears!
Wroclaw, Poland was awarded UNESCO City of Literature, today they organized a recitation of Babuji’s Madhushala by University students on the roof of the University building. They pass the message Wroclaw is a city of Dr Harivansh Rai Bachchan. pic.twitter.com/Rvl4q7Liof

He had thanked the fans by sharing a post. Fans are constantly worshiping for Amitabh’s better health. All four bungalows of the actor – Jalsa, Janak, Vatsa and Pratiksha, have been sealed by the BMC. Board of Containment Zone has been installed outside. According to a news portal, 26 staff members of Amitabh Bachchan got a swab test. It is being told that all the reports have come negative.

You can also get the life insurance policy from the Post Office, know the complete information about the scheme