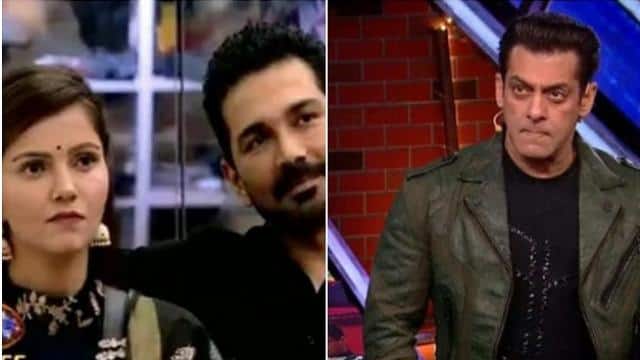 New promo of Bigg Boss 14 has come out in which Salman Khan, Rubina Dilac’s class. Salman shares a video of Rubina in which she talks about the actor. After showing the video, Salman says, do not involve me in this game. I am not your competition. I am the host of the show. You are staying at my house Please do not stay in misunderstanding or else this balloon of misunderstanding will burst on you ‘.

During this, Abhinav is seen handling Rubina.

Along with this, Salman, Jan Kumar Sanu’s pole also open with Nikki Tamboli. Salman asks, who said that ‘I am a little crazy that Nikki will be allowed to become captain’. In response, Rubina Dilac replies, ‘Jaan ne bola’. Nikki, after knowing the truth about Jaan, goes to the washroom after whom Jaan goes to convince her. But Nikki does not agree.

Let me tell you that earlier in the weekend, Salman had an argument with Rubina. Salman said, ‘If you say everything, we get you approved brother. Rubina then raises her hand and says, I will be scolded for my point of view. Then Salman interrupts and says, Madam, I am talking to you with a lot of humor. I am not a contestant here. This is wrong and this is going to overwhelm you. ‘

According to Khabri’s report, Rubina Dilac is the highest paid contestant of the show. Rubina is taking Rs 5 lakh every week. However, more fees from contestants were taken by the show’s seniors Gauhar Khan, Hina Khan and Siddharth Shukla who have now come out of Bigg Boss house. Siddharth Shukla had the highest fees in this.