‘Came for roti, returning for roti’, tales of people returning to village with crying children 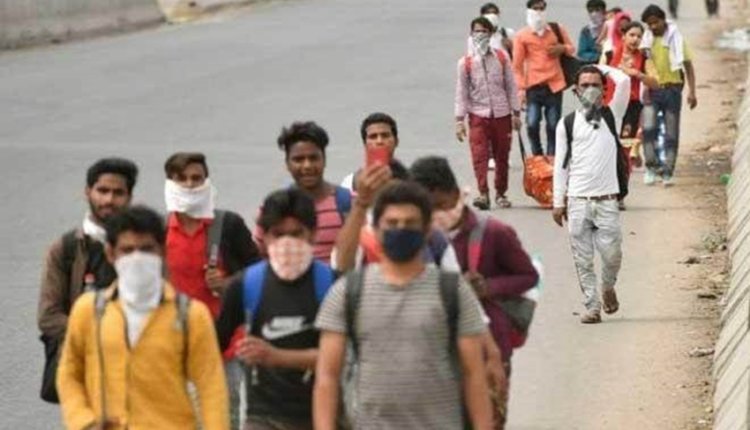 The lockdown caused by Coronavirus in the country created a crisis on the livelihood of migrant laborers. In such a situation, millions of people left for their homes on foot despite the lack of transport services. However, his long journey has not been easy at all. While a large number of migrants are falling prey to accidents, some are also facing countless problems in returning home due to blisters and heat of their feet. People are crying and crying even on the way, saying that they have not got any facility from the government. We will all die of starvation before Corona. We request the government to make arrangements to send us home.

Not only this, people walking on the streets are even compelled to say that they will go home on foot and there is no option. Will die even if he lives, now even the mind is not working. We are only walking day and night. The workers even say that they brought the city to hunger and now they are going back to their home for the same. I do not know what happens in the city, when you reach your country, you will eat and drink. At the same time, another migrant says – our children are dying of hunger, so we walked on foot.

These pictures of migrants returning home from Corona in the country, from Bangalore to Karnataka, to old mothers and children riding a bicycle to Kota, and tired young men sleeping on the streets, have become quite common in the country in the last month and a half.

There are only 60 lakh workers in the country from UP, who are stuck in other states due to the lockdown. At the same time, 30 lakh workers of Bihar, 10 lakhs of Rajasthan and 9 lakhs of MPs were also trapped. These migrating laborers earn less than 10 thousand rupees. Bengaluru alone employs the largest number of 7 million people in major cities. These include drivers, security guards, delivery boys and other laborers. The largest number of migrating workers after Bangalore are stranded in Gurgaon, Hyderabad and Delhi. These migrants want to go to their homes only after the lockdown has worsened.

Free Wi-Fi being available at these railway stations of the country, take advantage of this way