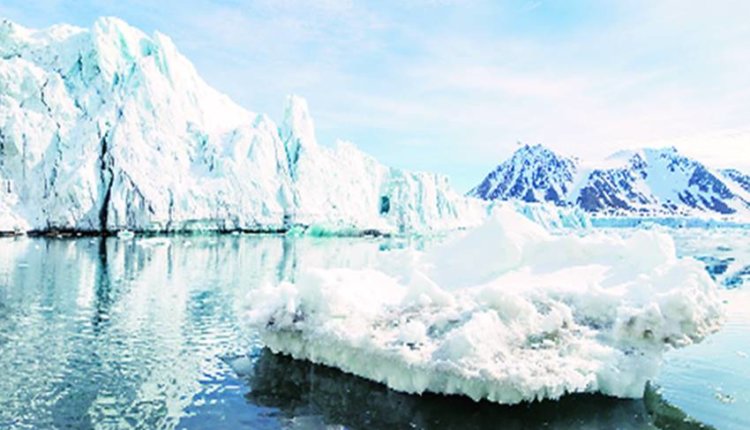 About three weeks ago, scientists told the world that the ozone layer protecting us from the sun’s deadly ultraviolet rays has started to fill the hole. Now the news has come that this ozone hole over the Arctic region has completely closed. The Copernicus Atmosphere Monitoring Service (CAMS) of the European Center for Medium-Range Weather Forecasts has confirmed that this ozone hole has now expired. It had a circumference of 1 million square kilometers.

CAMS found in its report that the ozone hole that develops over the Antarctic in the spring is an annual phenomenon, conditions not common for such strong ozone erosion in the Northern Hemisphere. This has happened due to temperature fluctuations. The main reason for this is the ‘polar vortex’ which is responsible for bringing cold air to the polar regions and the subsequent treatment of the ozone layer. Scientists have said that this change has not happened due to decrease in human activities. That is, there is no reason behind it like full-blown or reduced pollution.

The vertex resulted in the formation of stratospheric clouds, which destroyed the ozone layer by reacting with CFC gases. Scientists said, “In the year 2020, the ozone hole in the Northern Hemisphere has closed. Due to the low temperature, this big hole made in March had caused scientists to be stunned. Due to this, unpleasant incidents were also feared. But the hole was closed before something like this happened. ”CAMS said the ever-increasing hole was the result of unusual weather over the attraction. When strong winds are trapped in the freezing winds above the icy peaks for several consecutive days, it forms a ‘polar vortex’ in scientific terminology. This pressure revolves around itself.

The ozone layer is a colorless gas layer found primarily in the Earth’s stratosphere, which forms a protective layer between the sun and the Earth and absorbs the sun’s harmful ultraviolet rays. The ozone layer has been damaged for decades due to human activities.

Damage to the ozone layer was first detected in 1985. This was called the Antarctic ozone hole. Man-made chemical compounds, called chlorofluorocarbons (CFCs), caused a decrease in ozone concentrations in the stratosphere. The Montreal Protocol was then adopted in 1987 to investigate the production and consumption of CFCs, which later banned this chemical compound altogether. Chlorofluorocarbons are used to make aerosol sprays, foams, solvents, and refrigerants.