Diesel becomes cheaper after two days, know how much the price of Petrol has become 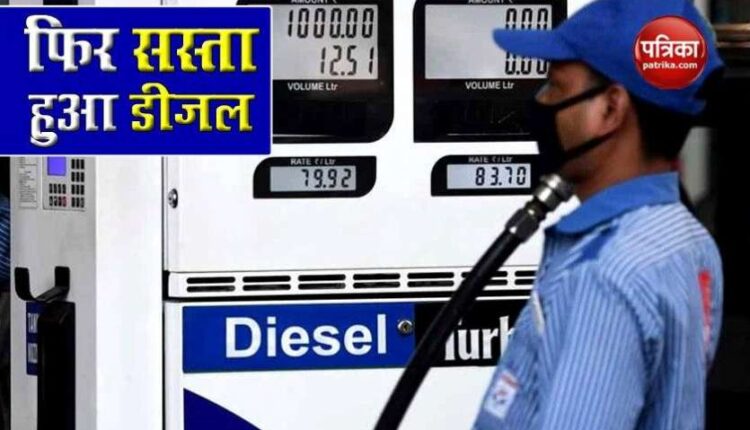 new Delhi. On Friday after two consecutive days of stability Diesel price (Diesel Price Today) has seen cuts once again. This cut has been seen in all the four metros of the country from 17 paise per liter to 20 paise per liter. On the other hand price of petrol (Petrol Price Today) has not seen any change for the third consecutive day. According to experts, in the coming days, due to the fall in the price of crude oil, further reduction in the price of diesel can be seen. Let us also tell you how much diesel has become cheaper in your city after today’s cut and how much the petrol prices have become.

Photos: Fans are attracted to these beautiful pictures of Kangana Ranaut, praising them