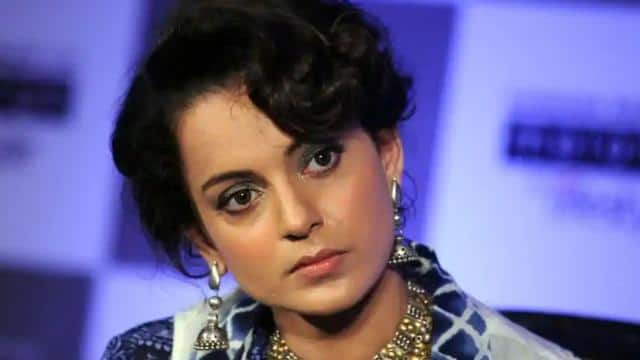 Kangana Ranaut’s petition filed by the BMC against the demolition of a part of her bungalow is today hearing in the Bombay High Court. Justice S. of the High Court J. Kathavala said on Thursday that the bench will start hearing on Kangana Ranaut’s plea from Friday and Shiv Sena leader Sanjay Raut can file his reply anytime before his turn to present his arguments in the court. Actress Kangana Ranaut in her petition has demanded damages of two crore rupees from BMC.

The Bombay High Court on Thursday sought a response from Shiv Sena chief spokesperson Sanjay Raut on a petition filed by actress Kangana Ranaut against the BMC demolishing a part of her bungalow. Justice S. J. Kathavala and Justice R. A bench of I Chagla also instructed Brihanmumbai Municipal Corporation’s H-ward officer Bhagyavant Late to file his response to the petition. On September 7, Latte signed an order to demolish a part of the actress’ bungalow.

Kangana Ranaut’s lawyer Senior Advocate Birendra Saraf submitted a DVD to the court on Tuesday, which contains a statement by Shiv Sena leader Sanjay Raut for allegedly threatening actress Kangana. After this, the bench allowed Sanjay Raut and Late to be parties in the case.

On this, Justice S. J. Kathawala said that the bench will start hearing on Ranaut’s petition from Friday and Raut can file his reply anytime before his turn to present his arguments in the court. The bench said that BMC should file a reply on behalf of Late. The bench said that it cannot delay the hearing.

Kangana Ranaut tweets on the names of Bollywood celebs in drugs case, for the first time ‘Bollywood’ mafia regrets their cruelty

The High Court bench said, ‘We cannot leave the demolished house like this. The building has been partially demolished and cannot be left in the same condition during the heavy monsoon. We will start hearing on the petition from tomorrow.

In fact, Kangana Ranaut had filed a petition in the High Court on September 9, pleading that the BMC declare the demolition of a part of her bungalow in the Pali Hill area here by the BMC. The actress then amended her plea and demanded a compensation of Rs 2 crore from BMC. Explain that this action of BMC was revealed only during the verbal war between Shiv Sena and Kangana.

After the death of Sushant Singh Rajput, Kangana Ranaut started targeting the Mumbai Police. During this time, he compared Mumbai to Pakistan Occupied Kashmir, after which a rhetoric started between him and Shiv Sena MP Sanjay Raut. On September 9, the BMC broke down a part of Kangana’s office, saying it was illegal. However, the court had stayed the petition filed by Kangana, but by then the BMC had broken a portion. Terming the demolition of the office as illegal, Ranaut has demanded a compensation of Rs 2 crore from BMC and its officials.

Diesel becomes cheaper after two days, know how much the price of Petrol has become