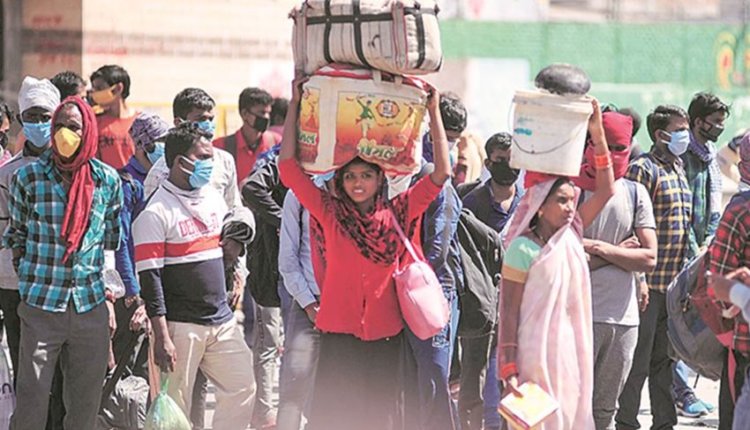 Finance Minister Nirmala Sitharaman gave a detailed information on the share of about Rs 6 lakh crore out of the mega package of Rs 20 lakh crore announced by PM Narendra Modi. The Finance Minister has announced important steps like issuing a package of Rs 3 lakh crore for loans to micro, small and medium industries and infusion of Rs 90,000 crore in power companies. Opinions of the country’s leading economists and experts have also been revealed about this package. On the one hand, many experts have described it as a good solution for employment opportunities, while many experts say that there is a need to transfer money to the hands of the poor. Let us know, what is the opinion of the veteran on the package of Nirmala…

Money should be given in the hands of the poor: Kaushik Basu, former chief economist of the World Bank, has said about this package that what will be more important is how we get out of the lockdown. He said that giving tax relief only is not enough. Cash should be given to poor people. However, inflation should not increase much due to this. He said that in the long run I see good signs for India’s economy. The problem is also the perception of people, who are assuming more danger. This can affect the entire process of recovery. We have to see how we balance it.

The atmosphere is disturbed on loan, crisis may deepen: Isha Chaudhary, director of CRISIL Research, said about the package, ‘With a guarantee of Rs 3 lakh crore, the MSME sector in cash crisis will be able to get cash on loan. However, there is also a risk of deteriorating credit culture. Bankers have nothing to lose and thus issuing an emergency amount can increase the risk. ‘

This package does not have much effect on the state exchequer: Speaking to Business Today, DK Srivastava, Chief Policy Advisor, Ernest & Young India, said, “This package is mainly based on the provisions of credit guarantee, which will have little impact on the treasury of the government.” In future, it will have to pay a price only on some kind of default. Talk about the package for the power companies, even in the event of default, the burden has to be borne by the state governments. ‘

Panagaria said, focus is on employment: The former Chief Economic Advisor of the country, Arvind Panagariya, praised the package and said that it has been focused on MSMEs, where there are plenty of employment opportunities. It has to be seen what comes from the government in the next installment. Large industrial houses also need help, which have a large share in production. What the government does for them will also have to be seen in the coming days.

Gold Price Today: slight changes in the prices of gold and silver, know the rate of May 13