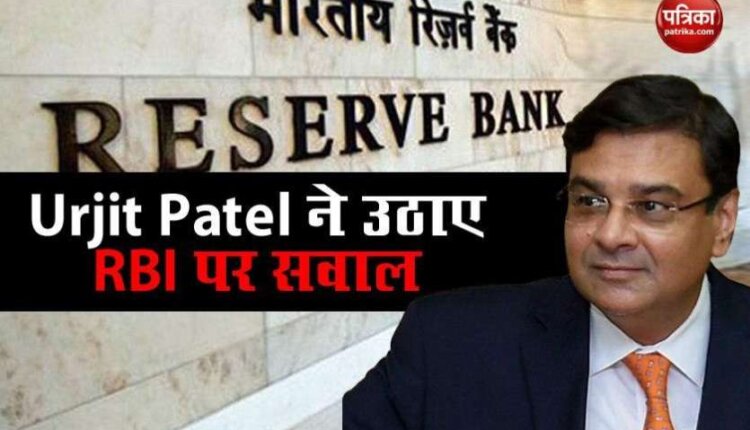 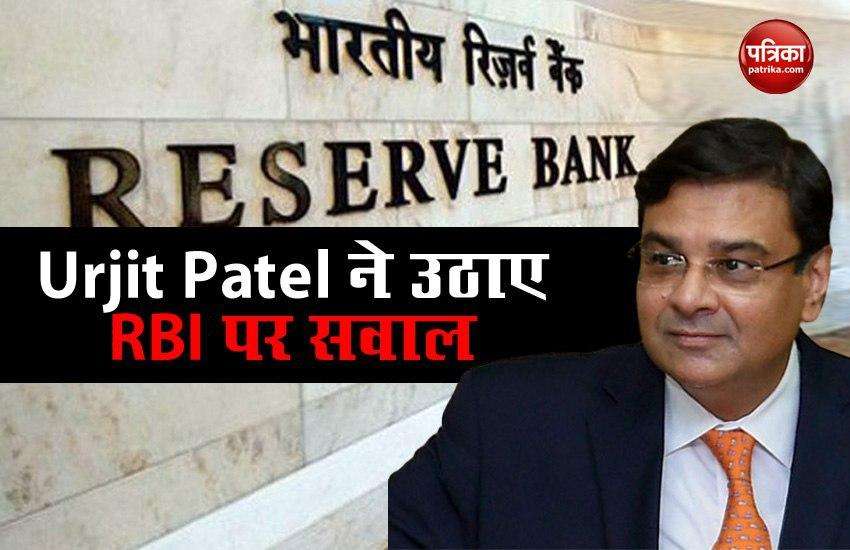 new Delhi. Reserve Bank of India ( reserve bank of india ) Former Governor Urjit Patel (Former) rbi Governor Urjit Patel) has since 2014 sharply attacked the RBI (RBI) and the UPA government (UPA Govt) for ignoring lax lending practices in the industry and sluggish regulatory oversight. Due to this, there has been an increase in NPAs i.e. Non-Performing Assets. Due to which the banking system is suffering at the present time. Let us tell you that Urjit Patel was RBI Governor between 2016 and 2018. In his recent article, the analysis of rising NPAs in his article has raised three major points. The special thing is that for the first time any former RBI governor of the country should question the functioning of the Reserve Bank.

Urjit Patel raised questions on UPA Government and RBI
The first point raised by Urjit Patel in his article is the failure of RBI. He said that till 2014, the Reserve Bank had failed to monitor and control the rising NPAs in the banking system. He said that at that time the RBI completely failed to tell the rising stress at the banking level. On the other point, he said that the UPA government did not question the risk control in public sector banks, as it was receiving significant dividends. Many public sector banks did not have senior management. While in his third point he said that banks did not follow the proper rules required while lending to companies. Often, the golden rules of lending were ignored. On the part of banks, it took the risk of deliberately investing in bad loans.

Also read: Know from where you earn Mukesh Ambani, from there you also have a chance to earn

For the first time, a former RBI governor raised a question
Whatever reasons were presented by Urjit Patel are not new. A number of reasons have already been mentioned about the NPA, which are very similar to the reasons pointed out by Urjit Patel. The new one is that a former RBI governor has questioned the functioning of the RBI. Due to which there has been an increase in bad loans in the banking sector. Patel said that at that time, public sector banks were completely unable to identify poorly performing assets. On the other hand, no such report has been put forward by the regulator, which has informed that the banks were giving more loans than required.

Strict steps taken
This response from the former RBI governor is particularly important for the current times, when there is a second wave of NPAs in the banking system. It was in 2014-15 that the RBI began to focus on early identification of stressed assets and took steps for asset quality review. There has been criticism that the RBI took too long to identify this stress of the banking system and take strict measures.

Rapid increase in bad loans or NPAs
Bank NPAs have crossed Rs 3 lakh crore to over Rs 9 lakh crore in less than four years. Banks were also burdened with loan write-offs due to NPAs. As per RBI rules, there is a provision in banks to keep separate money to cover possible losses from bank bad loans. According to the data of the All India Bank Employees Association, between 2001 and 2019, the loan of Rs 7 lakh crore from public sector banks was removed from its books.

Bad loans may increase after moratorium
Currently, banks are fighting the war against previous bad loans. More bad situations are expected due to corona virus. According to the global rating agency Fitch, banks can go for 14 per cent of total loans in NPAs after Moratorium in NPAs. On the other hand, former RBI Governor Raghuram Rajan also warned that NPA may see unprecedented increase in the next six months. In such a situation, it is very important for the government and RBI and all financial institutions to learn from mistakes from the past.

Companies making Gloves making more than Tesla, stock up 1000 percent due to Corona

How and how much loan you can avail under PM Mudra Loan Yojana, read about the entire scheme