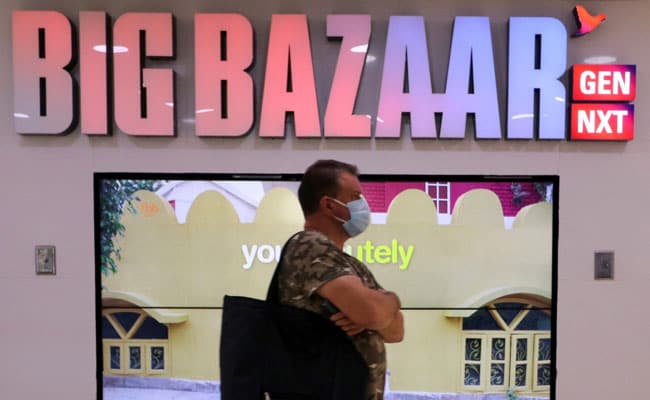 Supreme Court The Supreme Court has refused to pass an interim order against banks declaring Future Retail as NPA (Non-Performing Asset). Future Retail had sought time from the Supreme Court to find a solution with the lenders through talks. A consortium of 27 banks, including 10 private banks, has a debt of 17000 crores on Future Retail. Banks have suggested an open bidding between Amazon, Reliance to settle the dispute, ensure recovery of banks. The banks told the Supreme Court that there is no link between the Amazon issue and the dues claimed by the banks. The lenders’ contract with the future is only one, which includes depositors’ money.

The Supreme Court has reserved order allowing Future Retail to go ahead with the Reliance deal with the approval of the National Company Law Tribunal. Future Retail has sought permission to proceed with seeking approval for the deal and said no final order can be passed.

Earlier, the Supreme Court had agreed to hear the petition of Future Retail Limited from declaring NPA. The Supreme Court had sought answers from the Reserve Bank of India and banks on the petition of Future Retail. During the hearing, banks had opposed Future’s plea and said that Future is already in default. Arbitration does not affect the rights of secured lenders.

Future Retail has sought some more time to repay the loan and requested the Court to extend the time frame prescribed under the draft agreement for monetization of small-sized shops as per meeting dated 01.01.2022. Lenders have given an additional 30 days to Future Retail Limited for non-payment of loans by the due date (December 31, 2021) under the one-time restructuring (OTR) scheme for companies affected by Kovid-19. Future Retail Limited had entered into the OTR scheme last year with a consortium of banks and lenders and under this it was to repay a total of Rs 3,494.56 crore by December 31, 2021.