Hema Malini’s health was rumored to be bad, Isha Deol tweeted and said- she is absolutely fine 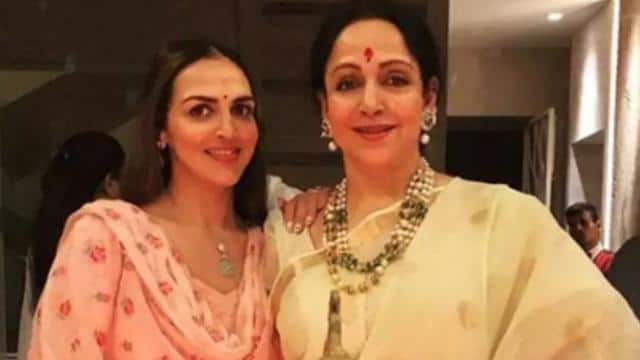 Bollywood actress Esha Deol has dismissed all the same news by tweeting that Hema Malini was not feeling well. Isha Deol wrote that mother is perfectly fine and fit. The news that is spreading about his health is bad. Do not react to any roomer. Thanks to those who raised concern for the mother’s health.

Let me tell you that some of Hema Malini’s fans started writing on social media that the actress is not feeling well. But now Isha has informed her fans that her mother is fit. Nothing has happened to them. Recently Isha also tweeted about Amitabh Bachchan and wished him well soon.

My mother @dreamgirlhema is fit & fine 🧿! The news regarding her health is absolutely fake so please consider to such rumors! Thanks to everyone for their love & concern. ♥ ️🙏🏼

Let me tell you that on Saturday i.e. Saturday night, Bollywood megastar Amitabh Bachchan and Abhishek Bachchan were also found to be corona infected. Both are admitted in Nanavati Hospital. Treatment is underway. Both have been shifted to isolation ward. According to sources, Amitabh Bachchan’s condition is stable and he will soon get better and return home.

He is a fighter. He will come out of this … He wins over everything .. This time too .. He will be fine 🧿 I pray that Amit uncle gets well soon … back home safe & healthy ♥ ️🙏🏼 @SrBachchan

Karthik Aryan commented on Deepika Padukone’s post, the actress said – Have you ever met me?

Apart from this, Corona, the mother of Bollywood actor Anupam Kher, has been found positive. Anupam himself gave information to the fans by sharing a video. He said that friends want to tell you that my mother Dulari Kovid-19 has been found infected. They have mild symptoms. The mother is admitted to Kokilaben Hospital. Also, brother, sister-in-law and niece have also been found to be corona positive. I myself have got the corona tested and the test has come negative. With this, I have informed BMC.

RIL got 30 thousand crores from four investors, know how much money to meet with which company

Due to Moratorium, the NPA of these five private banks will double