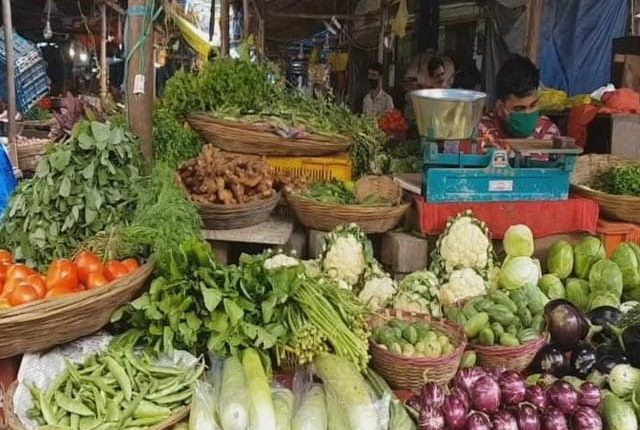 The government has given the responsibility to the Reserve Bank of India to keep retail inflation at 4 percent with a variation of 2 percent. The central bank mainly takes into account the retail inflation rate while considering the bi-monthly monetary policy review. According to NSO data, the country’s industrial production (IIP) grew by 29.3 percent year-on-year in May. This is mainly due to the low comparative base and better performance of the manufacturing, mining and power sectors. However, this figure of IIP is below the pre-epidemic level.

The manufacturing sector’s output increased by 34.5 percent in the month of May. The share of manufacturing sector in IIP is 77.63 percent. Similarly, the production of mining sector increased by 23.3 percent and that of electricity by 7.5 percent. According to the NSO data, the IIP stood at 116.6 points in May, 2021. In the same month last year, it was at 90.2. The IIP in May, 2019 was 135.4 marks. The data shows that the industrial output has improved, but it is still below the pre-pandemic level of May, 2019. Industrial production had declined by 18.7 per cent in March last year. and remained in negative range till August 2020.

Regarding the retail inflation data, Suresh Nagpal, chairman of the Central Organization for Oil Industries and Trade (COOIT), the apex body of edible oil, said that the prices of edible oil have started softening in the international market from the second fortnight of June. “The Indian government has also reduced the duty and lifted the ban on import of some edible oils for the next few months. As a result, prices of edible oils have softened in both wholesale and retail markets since mid-June. We expect prices to remain at the current level in the next few months.” Upasana Bhardwaj, Senior Economist, Kotak Mahindra Bank, said that the fall in inflation in June is more than expected after being more than surprising in May. that is a relief.

He added that overall inflation remains high and risks remain. Key mandi figures indicate a further softening in food prices in July. Due to this, inflation is likely to come down below 6 per cent in the coming times. Will keep However, by the end of the year, the monetary policy will gradually start to normalize. “About industrial production, Icra Ltd. The Principal Economist of India said that due to the restrictions imposed in various states to prevent the second wave of the corona virus epidemic, the growth in IIP was reduced to 29 percent on an annual basis in May.

Wholesale inflation at a 27-month high, the effect of rising food and fuel prices

Shravan Shetty, Managing Director, Primus Partners said, “IIP grew by 29.3 per cent in May, which shows that the supply chain has adapted itself more than last year to deal with the impact of the second wave. This is expected to be a good first quarter, as other key data for the month of June (rail freight, electricity consumption, and GST etc.) are also positive. The production index is likely to remain at this level, but it may see an increase from July.

Inflation rate at the highest level of 6 months, the budget of the common people deteriorated

After Facebook and Amazon, Microsoft will also give a bonus of 1500 dollars to the employees