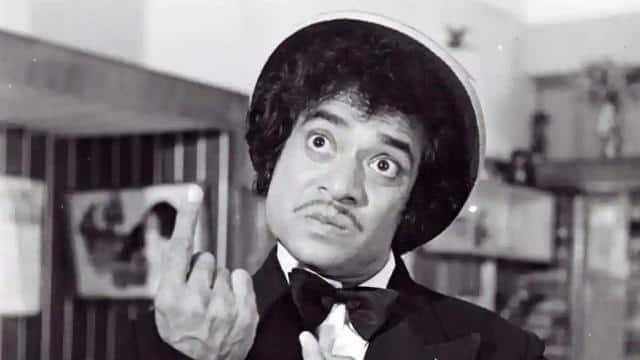 Film industry veteran Jagdeep left the world saying goodbye. He died on 8 July. The entire Bollywood is immersed in grief after the death of Jagdeep. Jagdeep has entertained audiences for over five decades. Whenever he used to come on screen, there was a smile on the face of the audience. Jagdeep got only 6 rupees for the first film. There is an interesting anecdote behind it. Let’s know about it …

Born in Datia, Madhya Pradesh, Jagdeep alias Syed Ishtiaq Ahmed Jafri had seen poverty very closely during his childhood days. Jagdeep was just seven-eight years old when his father died. After the Indo-Pak partition, Jagdeep moved from Gwalior to Mumbai with his mother. It is said that Jagdeep’s mother, Yatim, used to work in cooking, so that she could read and write to her child. One day Jagdeep decided that he should do some work to help the family at home. However, the mother forbade Jagdeep to work, but he did not agree. Jagdeep quit studying and started making kites, selling soap and comb.

Where Jagdeep used to work on the road. A man came there and was looking for children who could work in the film. The man asked Jagdeep about working in films, would you work? Jagdeep asked the person what these films are. Jagdeep had not seen films till that time. Jagdeep talked to the man about how much he would get for this job. To which the answer came three rupees.

Jagdeep felt as if his lottery had taken place. Jagdeep got ready immediately. The next day Jagdeep’s mother took him to the studio, where the children’s scene was going on. However, at that time Jagdeep got only a silent sitting role, but then a dialogue came in Uduar which no child was able to speak. Jagdeep asked a child what would happen if I spoke this dialogue, the answer came, money will get more than 6 rupees. Jagdeep went to the front and spoke this dialogue very beautifully and then his journey of child artist started from here. The film was released in 1951 by BR Chopra’s ‘Afsana’. After this Jagdeep touched the limelight of success and won the hearts of the audience with his excellent comic acting in more than one film.