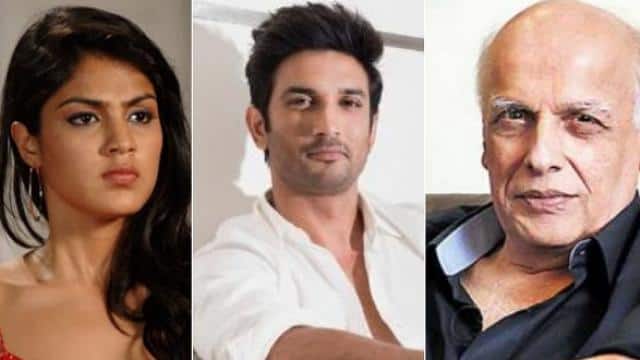 Mumbai Police is under investigation in Sushant Singh Rajput suicide case. Mahesh Bhatt was questioned on Monday. According to reports, Mahesh Bhatt has told in interrogation that between November 2018 and 2019 he met Sushant only 2 times, once in an event and other times when he cast Riya Chakraborty in the movie ‘Jalebi’. After Sushant’s demise, there were reports that Mahesh was about to make Road 2 with Sushant. Mahesh told the police about this, that he never thought of Sushant’s name for Road 2 as he had already decided that he would take the lead for Sanjay Dutt in the film.

Mahesh Bhatt also mentioned that Riya considered him a guru since the film Jalebi.

Please tell that Mumbai Police said on Monday that Karan Johar’s statement will also be recorded this week. Earlier on Sunday, Maharashtra Home Minister Anil Deshmukh had said that Mahesh Bhatt and Karan Johar’s manager would be questioned in the Sushant Suicide case.

He had also said that Karan Johar could also be called for questioning if needed.

Sachin Tiwari of Sushant Singh Rajput said – Hopefully, I will not disappoint his fans

Sushant Singh Rajput spoke to her sister 4 days before her demise, Shweta shared a screenshot of the chat

After the death of Sushant, Kangana Ranaut shared a video and targeted some people in the industry. Kangana had also claimed that Sushant had revealed several of his social media posts that he was doing a lot of straggling to go into the industry.

India’s dominance will increase in World Economy, Reliance Jio and LIC may be among the top 100 companies

Amitabh Bachchan was emotional when daughter-in-law Aishwarya and granddaughter Aaradhya were discharged from the hospital, saying – could not stop their tears