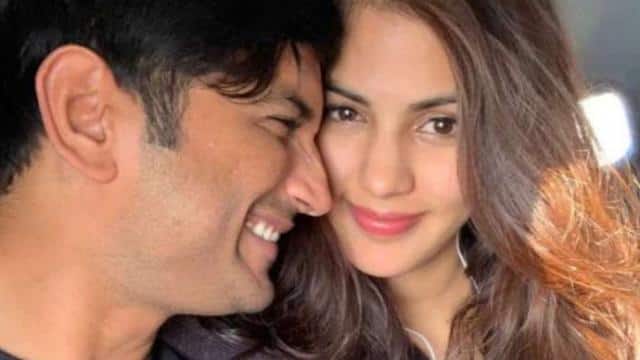 Big news has come in Sushant Singh Rajput case. The Mumbai Police told the Bombay High Court that it was their duty to register an FIR against the sisters of the late actor Sushant Singh Rajput, as the complaint lodged against them by actress Riya Chakraborty revealed a ‘crime’. The Mumbai Police filed an affidavit in the court on Monday, requesting the dismissal of the petition of Rajput’s sisters Priyanka Singh and Mitu Singh. Rajput’s sisters have requested to dismiss the FIR lodged for alleged cheating and making fake medicines for his brother. The Bandra Police registered an FIR against Rajput’s sisters here in September after receiving a complaint from Chakravarty.

The affidavit filed by Nikhil Kapse, senior inspector of Bandra police denied the allegations that the police were trying to hurt the reputation of the petitioners or any deceased person. The affidavit states that the police is not ‘trying to influence or derail the investigation being conducted by the CBI by filing an FIR against the Rajput sisters.

It added, “The FIR (against Priyanka and Mitu) was filed on the basis of information provided by the first informer (Riya Chakraborty), in which the crime was revealed.” The affidavit claimed that according to the complainant (Riya Chakraborty), the petitioner, with the help of a Delhi doctor, sent a fake medical paper asking Rajput to dispense the drugs to relieve him.

The police said in the affidavit that with the help of this, the doctor was given possibly psychotropic substances without actually examining Rajput and it was also possible in the suicide of Rajput. The affidavit stated, “This statement providing information discloses a cognizable offense which needs to be investigated.”

It said, “Therefore the Mumbai Police was obliged to file an FIR.” It said that after registering the FIR, the police sent all relevant documents related to the FIR to the CBI as per the Supreme Court order. The police protested the CBI’s stand that it should not register an FIR in the same case, which the central agency is already investigating.

The affidavit states, ‘The case the CBI is investigating was lodged by the father of the deceased in Bihar.’ It states, ‘On the other hand, in the complaint filed by Mumbai Police on Riya Chakraborty’s complaint Sushant Singh Rajput’s sisters Priyanka, Meetu and doctor Tarun Kumar have been demanded for investigation on forgery, cheating and criminal conspiracy. He said that now it is for the CBI to decide whether to investigate the two primaries or to file a proper report. A bench of Justice SS Shinde and Justice MS Karnik will hear the matter further on Wednesday.

Krishna Abhishek is unable to take eyes off this bold photo of Kashmiri Shah, said- you have finally come back in your hot avatar

Keep these things in mind when buying the first car, will never eat out