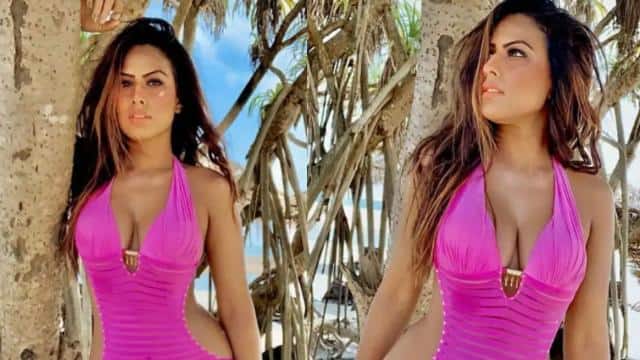 TV actress Nia Sharma is in the news for her bold look. Now he has shared some of his new pictures on social media which are going viral. These photos of Nia are being fiercely liked and shared.

Nia Pink is seen wearing Monokini in the photos. These pictures of her are from Goa Beach, where she is shooting her web series these days. Nia is seen posing in bold style in the pictures. Earlier, Nia shared a video of her in which she was seen having fun wearing a pink bikini on Goa Beach.

Nia Sharma recently posted glamorous and romantic photos on Instagram with actor Ravi Dubey, which went viral on social media. Nia Sharma and actor Ravi Dubey are going to be seen in Jamai Raja Show 2.0 soon. Nia and Ravi are seen standing in the photos. Fans are very fond of the chemistry between the two.

Mica Singh raging on Kangana Ranaut, said – Being a lioness on Twitter is not a big deal