Petrol, Diesel Price Today: Petrol came from 110 to 103 in Delhi due to reduction, check what is today’s rate in your city 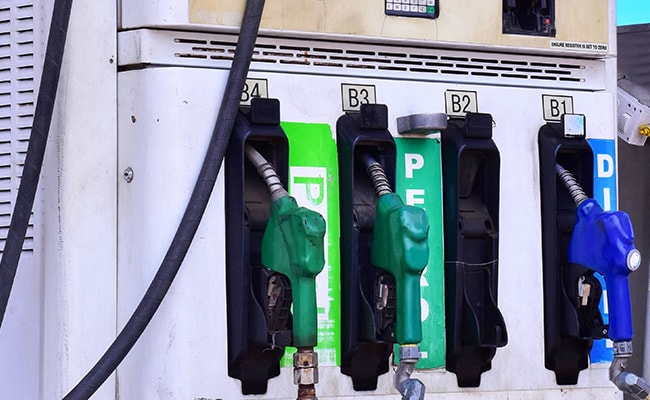 On the occasion of Diwali, the governments of many states, including the Center, decided on petrol and diesel. Excise duty (Excise Duty Cut) brought relief to the people. On Wednesday, on the eve of Diwali, the Central Government had announced to reduce the excise duty on petrol by Rs 5 and excise duty on diesel by Rs 10. After that Many states also Reduction in excise duty levied by the state. After this reduction, petrol in Delhi has become cheaper by Rs 6.07 per liter and diesel by Rs 11.75 per liter. Till Wednesday, petrol was being sold at the rate of Rs 110.04 per liter, while after the cut, its price has now gone up to Rs 103.97. At the same time, if we talk about diesel, then diesel was being sold here at Rs 98.42 per liter beyond Rs 98, but now its price has come down to Rs 86.67 per liter. Since the oil marketing companies have not made any changes in the prices of oil on Friday i.e. November 5, 2021, the same prices will remain in force even today.

Let us tell you that this reduction has come when the prices of crude oil have increased continuously across the world and the prices of petrol and diesel in India were running at their record high. Last month in October, oil prices were increased for about 24-25 days. In some districts, the price of petrol had gone above Rs 121. In such a situation, despite this cut, the price of petrol will remain above the figure of 100 in most of the states, but as it is clear that this is the biggest excise duty cut ever. It is believed that the government will suffer a loss of 1.4 lakh crores.

Check the latest rate of petrol and diesel in your city

According to foreign exchange rates and crude oil prices, petrol and diesel prices in the country are revised every day. But the good thing is that you can know the rate of petrol and diesel in your city through an SMS. For this, you can send SMS to the mobile number 9224992249 under Indian Oil Message Service. You have to write in the message box – RSP<स्पेस>petrol pump dealer code You can check the RSP code of your area by visiting the Indian Oil website. After sending the message, an alert of the latest fuel price will come in your phone.

42 companies selected under PLI scheme, 44 thousand people will get employment