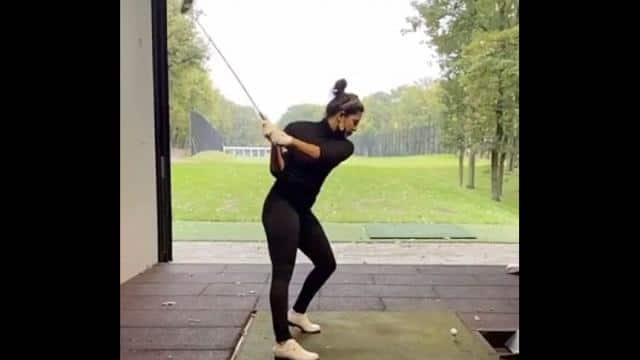 Priyanka Chopra is in Germany these days. She keeps sharing photos on social media every day. Recently Priyanka shared the video, in which she was seen playing golf. She is said to have gone there to shoot her film ‘Matrix 4’.

Priyanka Chopra shared the video on Instagram and wrote, “You become perfect by practice”. In the video, Priyanka is wearing sports shoes with black outfits. She looks like a professional golf player. This video is very much liked by his fans.

According to reports, he is in Germany to shoot for Matrix-4. The film stars Carrie-Ann Moss and Keianu Reeves in the lead roles. Also, a few days ago, Priyanka shared some photos of the film ‘The White Tiger’.

Sharing the first look, she wrote, “I am playing Pinky in the film. This is the story of an immigrant from America. She is in India with her husband who has come here from her business work. Then the story changes. This is the kind of story that should be told to all. The White Tiger is coming soon on Netflix. ”

It is known that Priyanka Chopra has spent the entire lockdown with husband Nick Jonas. Both of them used to share photos of each other on social media.

Kareena Kapoor shares her picture with Shahid, know why this is special