Report: Your Maggi is not safe, Nestle itself admits 60 percent of the product is unhealthy 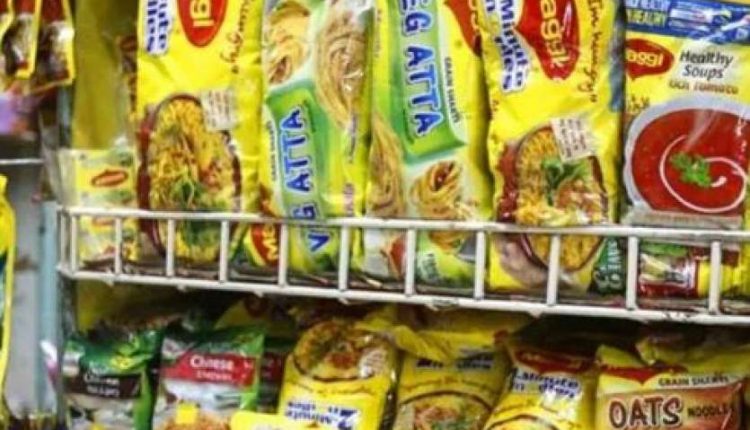 New Delhi. Maggie, which is made in two minutes, has again come under the scanner. Not only this, Nestle company itself has admitted that most of its products are not healthy. In fact, a report by Nestle, which makes Maggi, has come out, in which 60 percent of the company’s food products have been described as unhealthy. This report by Nestle states that more than 60 percent of the company’s food and drink products are not safe for health.

The special thing is that after the arrival of this report, the company started offering to sell its products through e-commerce companies immediately. even ice cream is not healthy
According to the report, Nestle’s confectionery and Nestle’s ice cream are very dangerous for health. These products cause great harm to human health. However, Nestle’s coffee has been declared safe. Let us tell you that Maggi comes first in Nestle’s most popular product, followed by Nestle’s coffee and then other products.

UK newspaper report
This report has been published in UK’s business daily Financial Times. According to this, in a presentation presented to top executives in early 2021 itself, it has been said that about 37 percent of Nestle’s products have been rated 3.5 stars by Health Star of Australia.

What is the meaning of 3.5 star rating
Getting 3.5 stars in this rating means that the company believes that its products are beneficial for health. This ranking has a 5 star benchmark. Nestle gave this statement
The company has accepted this and said that it will work to improve its products. The company has said that there are some products that were never healthy and even after repairing them, they did not remain healthy.

Changes will be made like this
According to the Nestle company, it is examining the nutritional value of its products. After examining the products, the strategy will be changed and work will be done on it. The company says that this is a matter related to health, efforts are being made to make the product tasty and healthy.

Nestle has said that the company is looking to change its entire portfolio. Keeping in mind the health of the people, they will definitely be provided with nutrition and a balanced diet.

Petrol-Diesel Price: After two days of boom, brake on petrol and diesel, check the rate in your city

Share Market Today: The stock market is a victim of lethargy, Nifty declines at the level of 15,500