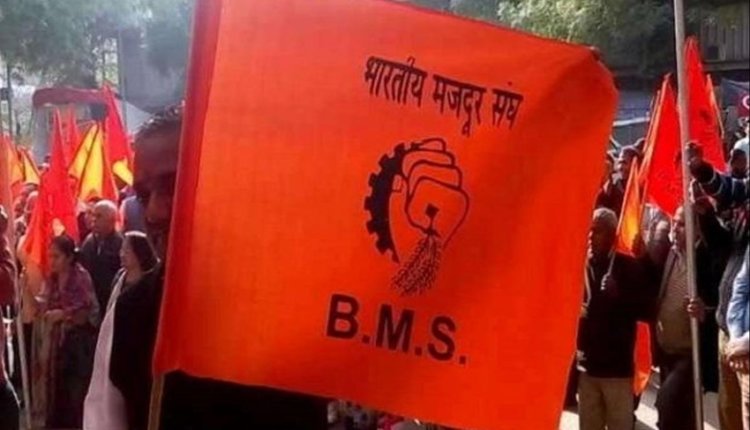 The Rashtriya Swayamsevak Sangh (RSS) -led trade union ‘Bharatiya Mazdoor Sangh’ has warned to hold demonstrations across the country on 20 May. The trade union says it will agitate with Gujarat, Madhya Pradesh, Uttar Pradesh in Rajasthan, Odisha, Goa and Maharashtra on the provisions of the changed labor law.

Significantly, the BJP is ruled by Gujarat, Madhya Pradesh, Goa and Uttar Pradesh, while the Congress in Rajasthan, Maharashtra and the Biju Janata Dal in Odisha are in the leadership. In such a situation, the Bharatiya Mazdoor Sangh (BMS) has made preparations to make a bugle against the BJP itself for a change in the BJP’s labor law. The BMS says that the actions of these state governments are in violation of labor laws and it is also a matter of violation of the democratic rights of the workers. These changes have put pressure on the workers.

Explain that the governments of Madhya Pradesh and Uttar Pradesh have already taken steps to change the provisions of the labor law for three years. Under this, the working hours of laborers have been increased from 8 to 12. It is believed that soon other states are going to make provisions in the labor law on the same trend. The chief of the trade union, Virjesh Upadhyay, said that such changes in the laws of the rights of workers have never been heard before and this is not seen even in non-democratic countries. Labor unions complain that changing the old law in this way will reduce the security of workers.

‘Kumkum’ fame Juhi Parmar spoke openly on the divors, said – told Beti Adhara like ‘fairy tale’ a year and a half ago