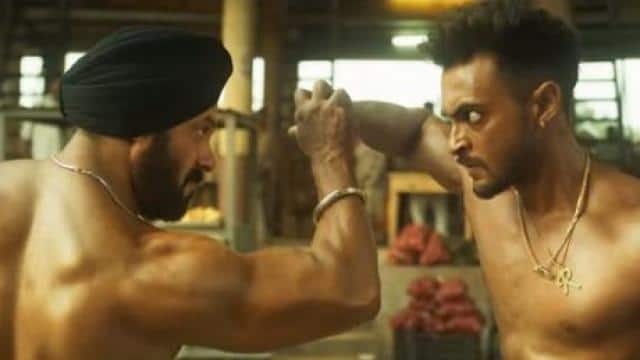 Bollywood actors Salman Khan and Ayush Sharma have started shooting for the gangster drama film ‘Last – The Final Truth’. The film is being shot in a studio in Mumbai. Ayush Sharma is going to play the role of a gangster in this film. Salman Khan has shared the first look video of the film on social media. It can be seen that Ayush Sharma angrily comes running towards Salman Khan and starts killing him. As soon as Salman sees this happening, he stops them.

Please tell that Salman Khan will be seen playing the role of a Sikh in this film. It is expected that the film will be released on the occasion of Eid next year. Ayush Sharma has also worked hard for the film. Seeing his transformation, everyone’s senses are flying. Ayush has created a special body for this film.

Let me tell you that before this Salman Khan shared a shirtless photo which became very viral on social media. Fans are not tired of praising their 6 pack abs. Fans say what do your 6 pack abs Masha Allah look like, Bhaijaan? While sharing the photo, Salman wrote in the caption, “You will keep yourself strong only then you will become strong.”

See, this hot bikini photo of Mandira Bedi is going viral on Instagram