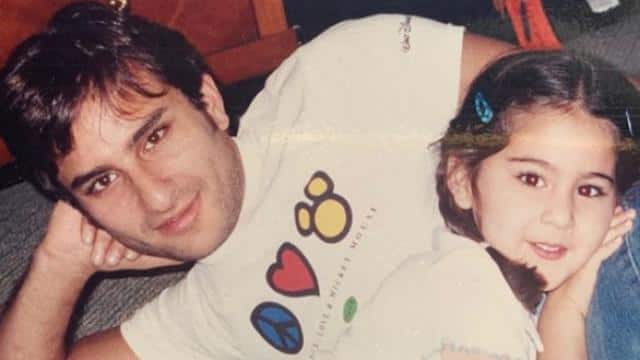 Bollywood actress Sara Ali Khan is spending time at home with mother Amrita Singh and brother Ibrahim Ali Khan these days. Apart from this, she is very active on social media. She keeps sharing something for the fans. Meanwhile, he is reminded of his father Saif Ali Khan. Sara has posted her photo with father Saif, which is being well liked.

In the photo, the little Sara is seen with father Saif. In this, the tremendous bonding of father and daughter is clearly visible. Sharing it, he wrote in the caption, “The person who has always been a definition of peace, a symbol of love and a personality like Mickey Mouse.” Love you Abba. ”Sara wrote this caption with three logo pieces, Love and Mikki Mouse on Saif’s T-shirt. This post by Sarah is very much liked. The photo has received 1.4 million likes so far.

Talking about the actress’ workfront, she will be seen in the film ‘Coolie No.1’ with Varun Dhawan. This film has been fully prepared. Its trailer was to be released in March or April, but the event was postponed due to the Corona virus. It is expected that the film will be released after theaters open in the country.