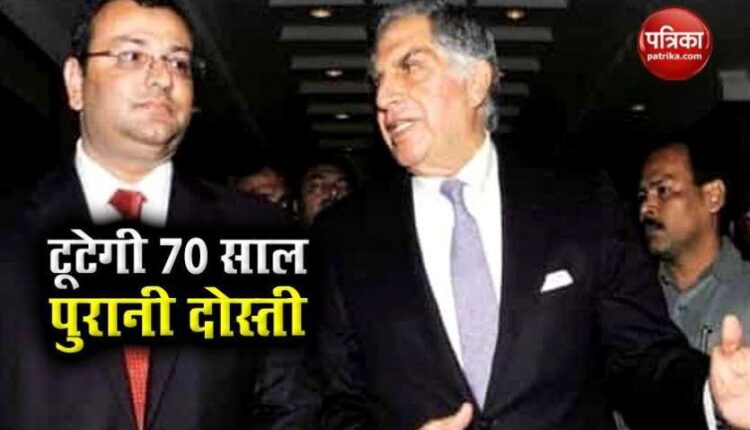 new Delhi. SP Group (Shapoorji Pallonji Group), the largest shareholder of the Tata Group, said before the Supreme Court on Tuesday that it is necessary to separate from Tata. The SP Group stated before the Supreme Court that the potential impact that this continuing litigation would have on livelihoods and the economy required separation from the Tata Group. The current situation has forced the Mistry family to think about the past, present and possible future of all stakeholders.

Last 70 years is with
The group said in a statement that previous repressive actions and the latest prudent move by Tata Sons affecting the livelihood of the wider SP group community lead to the conclusion that mutual co-existence of the two groups in Tata Sons would be considered unacceptable. For 70 years the SP-Tata relationship has been based on mutual trust, goodwill and friendship. Today it is being said with a heavy heart that the Mistry family believes that the separation of interests will be a good step for all stakeholder groups.

SP’s 18.37% stake in Tata
The SP group also cited its biggest partnership and its utility with Tata. It also referred to the role played by the SP Group as the largest minority shareholder with an 18.37 per cent stake and said that the company has always protected the best interests of the Tata group. The SP Group also mentioned the commitment of the Tata Group to always stand in its best interests. The company said that when the Tata Trust could not exercise its voting rights as a public charitable trust during the year 2000, the SP Group took steps to protect the Tata Group as its best interest.

Next hearing will be held on 28th
The SP Group said that in 2012 when Cyrus Mistry accepted the position of Chairman of Tata Sons, the move was not only with a sense of pride, but also a sense of duty as an ‘insider’ personality on the Tata Sons board Was also as. It is noteworthy that in the much-publicized case of Tata Sons v. Cyrus Mistry, the Supreme Court barred Mistry’s firms and Shapoorji Pallonji Group from raising capital, pledging or taking any further action in respect of shares in Tata Sons is. Along with this, the apex court has ordered to maintain the status quo till 28 October.

Why Tata Group went to Supreme Court
The Supreme Court on Tuesday heard a petition filed by Tata Sons to stop Cyrus Mistry’s Shapoorji Pallonji from raising capital against the security of his stake in Tata Sons. Actually the SP Group is planning to raise Rs 11,000 crore from various funds. It has tied up with a prominent Canadian investor for a part of its 18.37 per cent stake in Tata Sons for Rs 3,750 crore in the first phase. Tata Sons has moved the court a day after the SP Group signed a firm agreement with a Canadian investor.