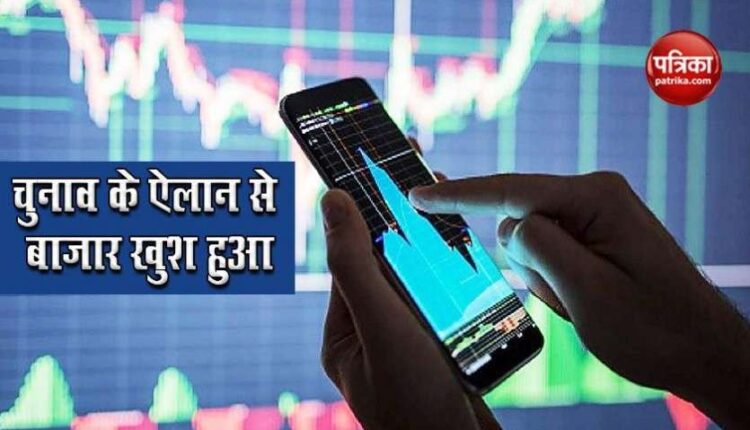 new Delhi. Although the opening of the share market was good today, but till the close of the market, the roar of the market will be so fast, no one was aware of it. In fact, amid rising cases of corona virus, the Election Commission announced the dates of the Assembly election in Bihar, the country’s important state (Bihar Assembly Election 2020). Which energized the market and went beyond the 800 mark gain. On the other hand, shares of telecom companies also saw a rise. While the shares of Airtel ran up by more than 4 percent, on the other hand, the shares of Vodafol Idea ie V was up more than 13 percent. The main reason for the rise in V is the victory of 20 thousand crores retro tax against the Government of India. TCS shares have also seen a gain of nearly 4 per cent today.

Also read: Onion may bring tears in eyes, no hope of relief till December

Stock market closed with tremendous momentum
Today, the Election Commission announced the dates of Bihar election, challenging the corona virus. After which the market saw tremendous boom. According to experts, where all the businesses are closed due to Corona virus, such an election is a good sign for the country and here. In such a situation, the positive sentiment of activity of the government and election commission appeared on the market. The market is hopeful that the country will soon recover from Corona. Due to which the Sensex gained 835.06 points to end at 37388.66 points. On the other hand, the National Stock Exchange’s major index Nifty 50 gained 244.70 points to close at 11050.25 points.

Good news for employed people, the government is giving the first installment of PF interest, check your account