Shilpa Shinde ready to leave the show ‘Gangs of Filmistan’ by Sunil Grover, says- can’t work with her 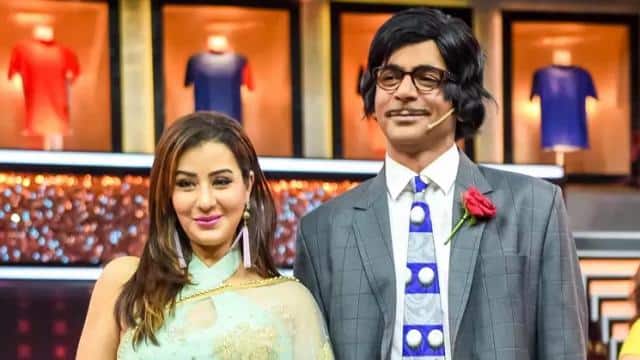 Shilpa Shinde, popular with the character of Angoori Bhabhi in the show Bhabhi Ji Ghar Par Hain, may have left the show, but even today her character is still in the hearts of fans. Shilpa is now seen opposite Sunil Grover in the show Gangs of Filmistan. The show is starting on August 31, but in the meantime, news is coming that Shilpa is not happy with this show and she wants to leave it.

Speaking to The Times of India, Shilpa said, ‘The makers of the show have lied to me from the beginning. They told me that we have to shoot only 2 times a week, but we are shooting 12 hours a day ‘.

Shilpa further said, ‘I had put a condition to yes to this show that I will not work with Sunil Grover. He told me that Sunil is not a part of the show. Then I came to know from outside that Sunil is a part of this show. When I asked the show’s makers, they again told me about the entire cast. He said that Sunil would have nothing to do with my part. He will do something else ‘.

Video: Malaika Arora and Nora Fatehi set fire on stage with their dance on the song ‘Munni Badnaam’, the audience also kept watching

Aamir shared the first photo of the daughter and wrote an emotional message, said – a lot happened in 1 year, but my little life kept me strong

Shilpa further said, ‘Every artist gets an opportunity to show his talent in the Kapil Sharma show, but this is not the case in Gangs of Filmistan. Here the entire focus is on Sunil Grover. Nobody else can do anything when Sunil is on the set. We are not given scripts. I am not returning because I sit in the crowd and clap ‘.

Channels are exploiting artists by making an excuse for Kovid

Shilpa said during an interview a few days ago, ‘All the channels have just reduced their team working here. Due to which they are saving a lot of money. But when it comes to giving money to artists, all the channels are making excuses. Shilpa Starr is shooting for the upcoming ‘Gangs of Filmistan’ on India and stars Sunil Grover in it. About this, he said that I am happy with ‘Gangs of Filmistan’ as it is only a three-month show. Like other TV shows, it will not last for years, nor will it be late for years. Asked whether Star India has reduced their payment too ‘.

Talking about the financial crisis in the lockdown, Shilpa said that after working for years, I bought a shop for myself, not expensive cars, but every month I used to get rent and when I do not work, then that rent helps me. . But due to the closure of the shop in lockdown, the rent did not come. In such a situation, I took money from my savings.

Kangana Ranaut on ‘Personal agenda’ statement in Sushant Singh Rajput case – If I do not eliminate enemies, they will do me