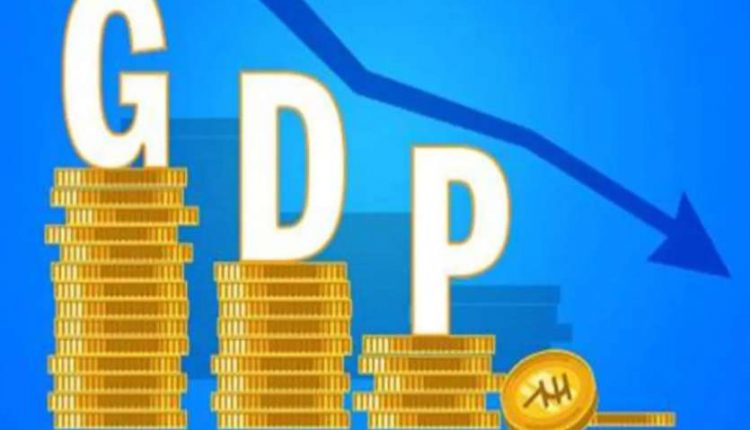 New Delhi. The country battling the epidemic corona virus has suffered a huge loss in the economy. Amidst the second wave of Corona, the Government of India has released the Gross Domestic Product (GDP) for the year 2020-21. The country had its worst performance in four decades. The government has seen a negative growth of 7.3 per cent for 2020-21, according to the data released on Monday. While the fourth quarter of the financial year 2020-21 saw a marginal growth of 1.6 percent. However, the growth rate during January-March 2021 was better than the 0.5 per cent growth in the previous quarter October-December 2020.

7.3 percent decline in GDP
The Central Statistics Office (CSO) on Monday evening released the GDP data for the January-March quarter and the financial year 2020-21. According to the data, during the January-March quarter in 2019-20, there was a growth of three percent in the gross domestic product (GDP). According to the data, the size of the Indian economy contracted by 7.3 per cent during 2020-21, as compared to the four per cent growth in the previous fiscal. The NSO, based on its first advance estimates released in January this year, had said that the GDP will decline by 7.7 per cent during 2020-21. China has registered an economic growth of 18.3 percent in January-March 2021.

Also read :- How effective is Kovishield and Covaccine in protecting against Corona: Government collecting data, review will be done soon

affected by nationwide lockdown
Last year, affected by the pandemic and the nationwide lockdown imposed to prevent corona, India’s economy registered a growth of 0.4 percent in the October-December quarter. The economy was down 24.38 per cent in April-June. In July-September, this figure had improved to 7.5 per cent. The CSO had forecast a GDP contraction of 8 per cent in the financial year, which shows a contraction of 1.1 per cent in the March quarter. Meanwhile, the Reserve Bank of India had forecast a 7.5 per cent contraction for the fiscal. Restrictions on mobility, opening of shopping complexes and delivery of non-essential items by e-commerce companies may have also contributed to the decline in spending during the year.