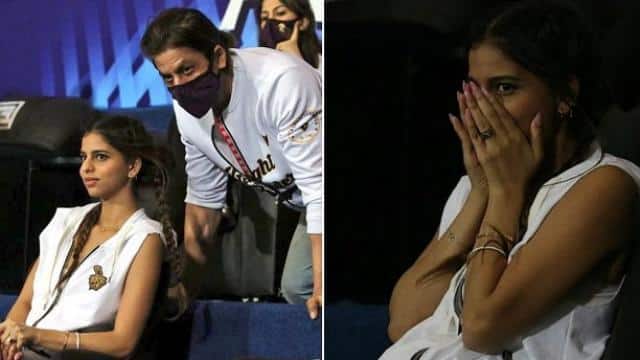 Shahrukh Khan is currently in Dubai with his family. On Friday, Kolkata Knight Riders and Mumbai Indians arrived to watch the match with Shah Rukh, son Aryan and daughter Suhana Khan. Suhana’s photos during the match are becoming quite viral on social media. While watching the match, fans of Suhana’s different expressions are sharing. In photos, Suhana is sometimes excited and sometimes she is shocked and watching the match.

Suhana recently shared a photo of her in which she is seen in a green color outfit. Suhana himself informed about this. Actually, a friend of Suhana commented, I want this dress.

Suhana replied to a friend’s comment, this is my mummy’s dress.

Let me tell you that Suhana gave a befitting reply to those who made lewd comments on social media a few days ago. She shared screenshots of some comments on Instagram with her photo, calling her black and ugly.

Suhana wrote on social media, ‘A lot is going on right now and this is one of the issues that we need to fix. It’s not just about me, it’s about every young girl and boy who grew up with inferiority complex without any reason. Some such comments have been made about my looks. When I was 12 years old, I was told that I was ugly because of my skin. Those who say so include older men and women.

Shahid Kapoor asked Mira Rajput this question before marriage, know what the wife had answered

He wrote at the end of the post that I am sorry if social media, Indian matchmaking and your family have convinced you that you are not beautiful if you are not 5’7 or your color is not fair. Hope this helps you that I am 5’3 inches. My color is brown and I am very happy about it. You should also be happy.