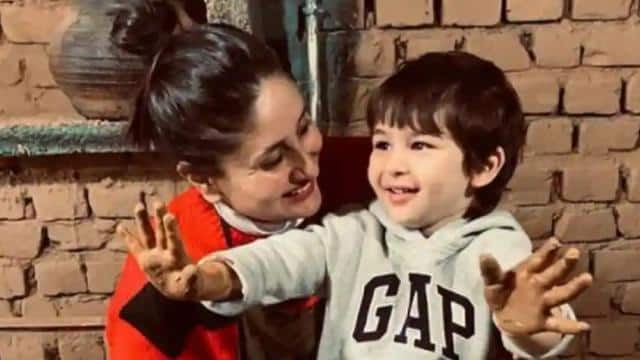 Bollywood actress Kareena Kapoor is currently in Dharamshala celebrating vacation with husband Saif Ali Khan and son Taimur. He has posted some of his pictures and videos with Taimur. In these photos, Kareena has been seen teaching Timur to make pottery, which is being liked a lot.

Kareena can be seen in the video telling Timur how the pot is made. Along with this, Timur is also trying to shape the pot with the help of his fingers. After this, Timur shows his hand in the soil towards the camera. This video of Kareena and Taimur is from Dharamkot which is very close to Dharamshala.

Irrfan Khan’s son remembers his father, shared this funny video of the actor

It is known that Saif Ali Khan is shooting his next film Bhoot Police in Dharamshala. He will be seen opposite Arjun Kapoor in this film. Kareena celebrated Diwali at Dharamshala with Saif and Taimur this time. During this, Malaika Arora also joined him. Recently a video was revealed in which Saif, Kareena, Taimur, Arjun and Malaika were seen roaming the streets of Dharamshala.

Before Ashish Roy, these stars also spent their last days in Tanghali.

Let me tell you that apart from Saif Ali Khan and Arjun Kapoor, Yami Gautam, Jacqueline Fernandes will be seen in the film Bhoot Police. The first schedule of the film was shot in Dalhousie. Now the film is being shot in Dharamshala.