This app is not safe, careful users who use UPI 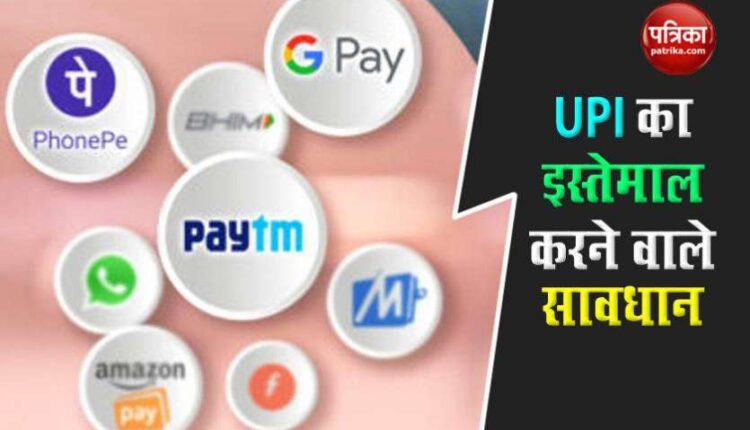 Our life has become easier with technology and the problem is also increasing. We keep reading the news of cybercrime daily. Many types of technology are increasing. In today’s time everyone has a smart phone and almost all do transactions through UPI payment. Recently, an incident has come up which you will be shocked to read. Through a UPI, a person was cheated and crossed 80 thousand rupees. In a video shared on the social media platform LinkedIn, the victim made her objection.

Also read: – Which health insurance is better in corona virus, so that the pocket is not heavy

Advertising of cooler was expensive
In this video which is going viral on social media, this person has told how 80,000 were removed from his phone and through OLX. The person says that he advertised the cooler to be sold on the OLX website. A man from Lucknow expressed his desire for that cooler. The victim was told that two people were taking the car and they would take the cooler. After that the man said that he would not be able to give the cash. Tell me your Google Pay or Phone Pay number so that I can transfer the money to you. The victim said that I do not use these apps and I gave my wife’s phone number to the merchant.

Lime costing 80 thousand rupees
The man sent the first ten rupees. You told the victim that you would see a bell icon above the home screen. The victim said that after clicking the bell screen, 10 rupees came, but after a short time 80 thousand rupees went away from the account. Asked by the man, told that the money has been debited by mistake and will come back. Hearing this, the victim’s wife started crying and within 15-20 minutes, both the people of SBI branch went but senior branch officials said that now your money will not be returned. Subsequently, the victim registered a case in cybercrime. He also said that no one should use UPI.

Which health insurance is better in corona virus, will not be heavy on the pocket