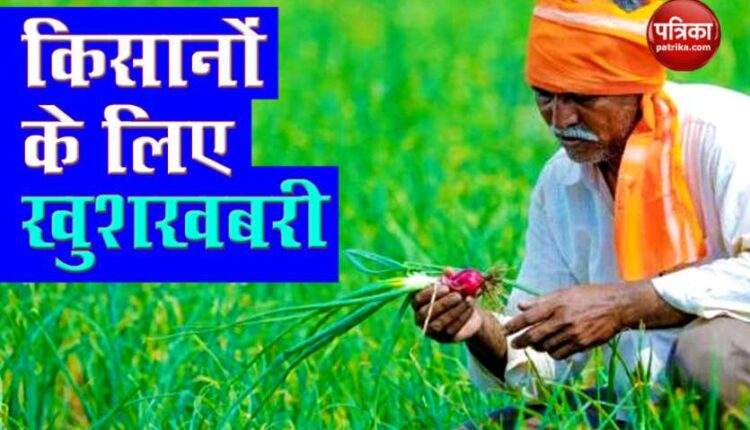 new Delhi. Several schemes are being run continuously to increase the income of the farmers. The most popular among them is PM Kisan Samman Nidhi (PM Kisan Samman Nidhi). In this, 2–2 thousand rupees are sent to the farmers ’account. He gets 6 thousand rupees annually. Now the central government is considering adding another scheme to it. With this, farmers will get financial help of Rs 5000 more. This amount will be given to them as Fertilizer Subsidy. In this regard, the Commission for Agriculture Costs and Price (CACP) has also recommended to the Central Government.

According to media reports, this amount can be transferred directly to farmers’ bank accounts (DBT) twice. Therefore 2500 rupees will be sent in the first installment and two and a half thousand rupees in the next installment. According to the scheme, the first amount is likely to be paid on the Kharif crop and the second Rabi crop during the season. It is believed that the fertilizer subsidy will go directly to the farmers’ account after accepting the recommendation of the Commission. In such a situation, the subsidy given to Fertilizer Companies will be abolished. It is known that the government used to give a discount to companies to provide fertilizer at a cheaper rate to farmers. Due to this, urea and P&K fertilizers were available in the market at a cheap price, but now farmers will be able to directly take advantage of this.

Presently, the government is running the Pradhan Mantri Kisan Samman Nidhi (PM-KISAN) scheme to increase the income of farmers. In this, 2000-2000 rupees are given to the farmers in three times. So far, around 9 crore farmers are registered under this scheme. Recently, 93,000 crore rupees have been sent to the bank account of 11 crore farmers of the country by the government. In the last one and a half months, 2-2 thousand rupees have been sent to the accounts of about 8.80 crore farmers. Since all the money is being sent through Direct Benefit Transfer (DBT), there is no fear of fraud.

Now the benefit of government subsidy will be available in the Post Office account, know what is the process