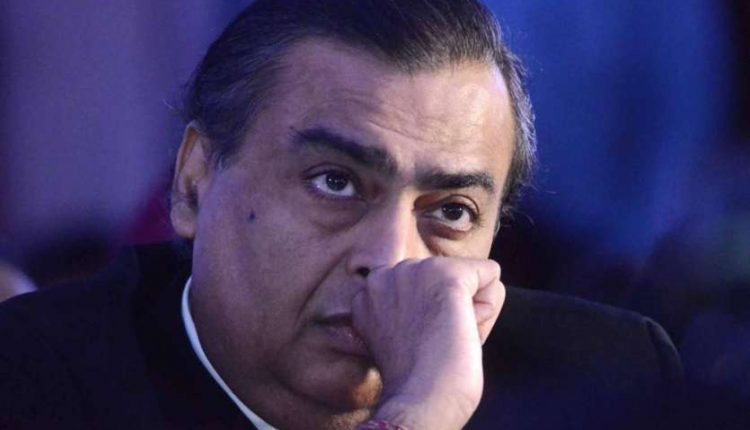 new Delhi. Reliance Industries Ltd on Monday filed a petition in the Punjab and Haryana High Court for an immediate halt to the demolition of its subsidiary Jio Infocomm’s mobile towers, with no intention of venturing into the “corporate” or “contract” farming business. In the petition, Reliance said that the new three agricultural laws have nothing to do with the company, nor does it have any benefit in any way.

No such plans of Reliance
To clarify its position, Reliance stated in the court that Reliance Industries Limited, Reliance Retail Limited (RRL), Reliance Jio Infocomm Limited (RJIL) and any other company associated with Reliance neither corporate or contract farming nor She gets it done. The company has clarified that it has no plans to enter the business. RIL stated that for corporate “or” contract “farming, Reliance or any subsidiary of Reliance did not buy any land directly or indirectly in Haryana-Punjab or any other part of the country nor did it We have a plan.

Also read: Gold and silver from New York to New Delhi become expensive, know how much the price

Do not purchase from farmers
Reliance also told the court that Reliance Retail is a company in the organized retail sector and sells different products of different companies but the company does not buy food grains directly from the farmers nor does the company get involved in any long-term purchase agreement with the farmers. is. Reliance called the farmer who fed 130 crore Indians, as a donor and committed to the prosperity and empowerment of the farmer. To clear misconceptions among the farmers, Reliance stated in the petition that they and their suppliers would insist on purchasing from the farmers only at the minimum support price (MSP) or fixed government price, so that the farmer gets the best price for his produce.

Demand to ban the demolition of towers
In a petition filed in the Punjab and Haryana High Court, Reliance requested the government to immediately stop the illegal incidents of subversion by miscreants. The petition said that the vandalism and violent actions taken by the miscreants have endangered the lives of thousands of Reliance-linked employees, as well as the day-to-day operations of important communications infrastructure, sales and service centers operating in Punjab and Haryana Disruption has arisen.

Attempt to provoke against Jio
Reliance alleges that these miscreants are being instigated due to vested interests. There has been a relentless, malicious and malicious campaign against Reliance by making the peasant movement a pawn. The sole purpose of adding Reliance’s name to agricultural laws is to harm our businesses and destroy our reputation. Reliance Jio thanked the officials, especially the Punjab and Haryana Police, for the action taken against the miscreants so far.

Demand action from court
The company has sought punitive and preventive action against the miscreants and vested selfish elements from the High Court, so that Reliance can once again run all its businesses in Punjab and Haryana. At the same time, we have urged the public and the media to be aware of the right facts and not be misled by lies and deceit being spread by vested interests for their benefit.

Reliance said, tried to benefit farmers
The company has said that it is far from hurting the interests of Indian farmers, Reliance’s businesses have really benefited the farmers and the Indian public at large. Reliance Retail has created a world-class technology-enabled supply chain by investing heavily and has given birth to India’s largest organized retail business, which has benefited both Indian farmers and consumers.

Live proved to be a lifeline for farmers
Reliance has said that the Jio network has proved to be a lifeline for millions of farmers, villagers and urban India during the Kovid-19 epidemic. Jio’s 4G network has provided world-class data connectivity to every village in India at the cheapest rates in the world, with millions of Indian farmers also benefiting from the digital revolution.

Also read: Petrol Diesel Price Today: No change in price for 28th consecutive day, know the price of your city

40 million live customers in the country
In a short span of only four years, Jio has become the largest digital service provider in India, with 400 million subscribers. Jio has one crore 40 lakhs (about 36 percent of the total subscribers of the state) in Punjab and 94 lakhs in Haryana (about 34 percent customers in the state) as of October 2020. The important fact is that unlike implicit interests, Jio has not resorted to any coercive or illegal measures to connect customers.

Gold and silver from New York to New Delhi become expensive, know how much the price