Vishal-Shekhar clarifies ‘Didar De’ remix song, explains why he was given credit 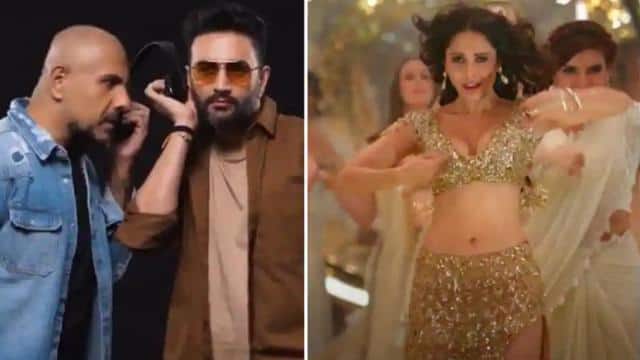 Music composer duo Vishal-Shekhar has clarified the song Didar De Remix of the film Chalap. Along with this, Vishal tweeted why he has been given credit for the song. It is known that Rajkummar Rao and Nusrat Bharucha are in the lead role in the film Chalag. Recently its song Didar De has been released, which is a remix of Vishal and Shekhar composed songs.

Vishal Dadlani tweeted, ‘We were given credit, because we composed the’ Didar De ‘original in 2004. However, we have not made this remix. Best wishes to the film and the team. Thank you for giving love to our music. ‘ Shekhar has also shared the same post on his social media account.

We have been very kindly credited here, only because we composed the original #DeedaarDe in 2004.

However, we haven’t done this “remix”. 4

That said, best wishes to the film and team. Thanks for loving our music down the years. #VishalandShekhar @ShekharRavjiani https://t.co/7KyJo6eSDP

Earlier, Vishal Dadlani has expressed his displeasure over the remix of old songs. He warned that if someone remixes his song, he will file a case on it. Vishal had tweeted, Do not remix the songs of Vishal and Shekhar without proper credit and compensation. If someone does that or I will go to court. This is a very personal matter even if it is a friend of mine.

Bigg Boss 14: Ali Goni runs away after seeing Ijaz Khan and Pavitra Poonia romancing, said – what have I seen

Let me tell you that Song Didar De of the film Chalang has been sung by Asis Kaur and Dev Negi. The lyrics are penned by Pankhi Jalonvi while the original song was sung by Sunidhi Chauhan. The song is of the multistar film Dus which was released in the year 2004.