When Priyanka Chopra’s gown was removed, the actress handled the dress while doing Namaste 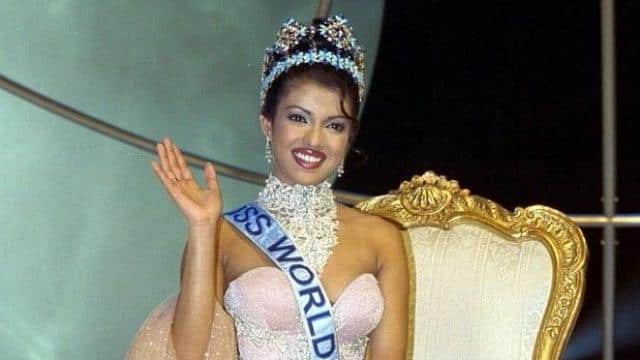 Priyanka Chopra is a global star. Along with this, she is also a fashion icon. In every event from Bollywood to Hollywood, Priyanka wears stylish and different clothes. Now during a recent interview, Priyanka shared an anecdote during the Miss World 2000 beauty pageant. Priyanka said, In the year 2010, I won Miss World and had my dress taped. I was very stressed at that time and the whole tape came out and I walked and walked with Namaste while walking the whole time. Everyone felt that I was intentionally walking while I was handling my dress.

Priyanka said after this that for the second time she became unconfirmed in the 2018 song about her dress. A golden color hoodie was attached to my Met Gala outfit. Priyanka was also having trouble breathing in that dress. Not only this, during dinner she could not eat much because of dress. Let us know that Priyanka will soon be seen in Netflix film The White Tiger. In this, she will be seen in the role of Rajkumar’s wife. Adarsh ​​Gaurav will also be seen playing an important role in this film. Recently the trailer of this film was released, which was very well received. The film is directed by Ramin Bahrani and will be released in January 2021.

Apart from this, Priyanka will also be seen in the Hollywood film Matrix 4, which she has finished shooting recently.