Wife Sutapa is missing Irfan Khan a lot, said- Remember you all night 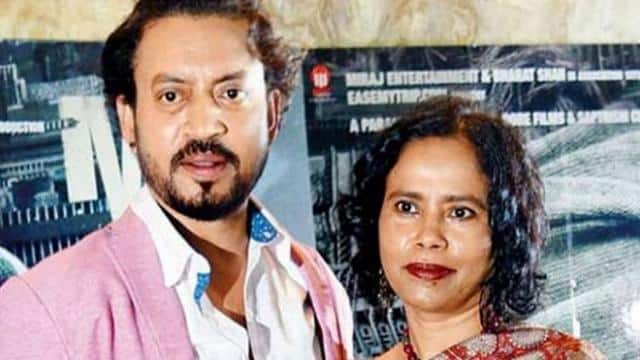 After Irfan Khan left, his wife Sutapa often shares posts in his memory. Now recently he shared a photo of the flowers in his balcony. While sharing this photo, he wrote, “Our balcony … I miss you all night and it smells all night.”

Recently, son Babil told some things about his father

A few days ago, while sharing a photo of Irfan, Babil wrote, “Do you know what was the most important thing my father taught me as a cinema student?” Before going to film school, my father warned me that I have to prove myself because Bollywood has been recommended in world cinema on very rare occasions and I should also keep myself informed about Indian cinema which controls Bollywood. Is out of.

Let me tell you that earlier Irrfan Khan’s wife Sutapa also shared the post, in which he also wrote a talk about supporting Riya Chakraborty. Riya Chakraborty has been trolling on social media since Sushant’s suicide. Many people are holding him responsible. In such a situation, Sutapa wrote that we do not know what would have happened between the two people. So it is wrong to say anything about anything. I am with girls whose name is being used on social media. Think how many people have trolled Riya, yet. Without knowing anything on social media, it is wrong to comment.

Commerce Minister Piyush Goyal advised Hotel Industry to wait till the vaccine is made.