Wishing Sonam Kapoor a birthday, Anil Kapoor said – I am afraid only of you 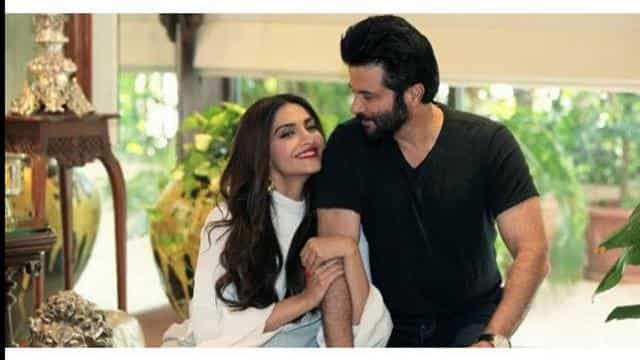 Today is the birthday of Bollywood fashion icon Sonam Kapoor. On Sonam’s birthday, her father Anil Kapoor has written a very special and funny message for her daughter. Sharing photos of Sonam, she wrote, ‘No one else is like my daughter. Anand Ahuja’s perfect partner, the star on screen and the icon of style ‘.

Anil further wrote, ‘You are my confidence, my happiness and my pride. You are the only one I am afraid of. Happy Birthday Sonam Kapoor. I am so happy that you are here today with all of us … love you always’.

Anand commented on this photo of Anil, ‘Can’t emphasize how much you and I are scared of him. Hahaha … sweet post. ‘

Sonam wrote a special message for her husband

On her birthday, Sonam has written a special message for husband Anand. While sharing photos with Anand, Sonam wrote, The world’s best husband who always gives me everything I really need. Love you bliss

Please tell that Sonam was still in her in-laws’ Delhi, but Anand took her to Mumbai for the birthday celebration. Anand and Sonam’s family made a lot of preparations to make the actress’s birthday special. However, Sonam, meanwhile, missed her mother-in-law Priya Ahuja.

Talking about Sonam’s professional life, she was seen in the last film ‘The Zoya Factor’. Although the film proved to be a flop at the box office.

Gold price today: change in the price of gold and silver, know the latest rate of gold from 24 to 18 carat on June 9