With more focus on border and health security, these basic priorities may be in the budget 2021-22 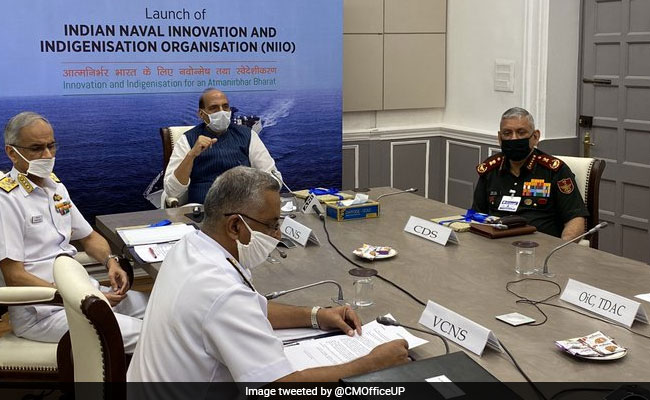 After the deep economic injury in the Corona era, every sector of the economy Budget 2021-22 (Union Budget 2021-22) Expecting relief and encouragement. But given the shortfall in revenue, the government can focus on some specific areas in the budget 2021-22. It involves defense and defense in view of tension on the border and public security in the wake of epidemic and Employment Special arrangements related to infrastructure can be announced for employment.

Also read- Budget session of Parliament from 29 January, the question hour will be ‘back’

According to economist Rumki Majumdar of Deloitte India, projects like Smart City, Metro, Housing Scheme can remain a priority as they will also generate economic activities by creating productive assets along with employment. This will also increase the demand for goods and services of small, micro and medium industries (MSME), which will also increase employment. This will also attract global investment. Increasing the budget for judiciary budget infrastructure (setting up of new courts, digital resources) will speed up judicial proceedings along with reduction in the number of pending litigation.

Focus on health and social security

Government priority Healthcare and Social Security (Healthcare and social security) will also be the area. In view of the emergency challenges of the Corona period, the government may insist on upgrading district hospitals, increasing the capacity of CHC-PHC to face any such crisis in future. In such a situation, the budget of the health sector (Union Budget) is expected to increase. In the health sector, now it has to be taken from 3.5% of GDP to at least 5%, so that we will be able to go to 10% in 10 years.

Majumdar said that in view of the tension on the border, the government can increase the defense budget for military procurement. There will also be a focus on upgrading the security infrastructure in the border areas. The government has approved the purchase of 83 Tejas indigenous fighter aircraft. Some reforms may also be announced with emphasis on defense technology in the defense sector.

The government’s focus is on increasing its share in the global export market and global value chains for the goal of self-sufficiency. In such a situation, the government can increase specialization and investment in the areas of India’s growth and cheap labor. Along with tax exemption, refunds, subsidies can also be given to such industries. Production-linked incentive for manufacturing sector will also get a boost in specific sectors.

Focus on rural development and MSME

This time also, the government may insist on giving more budgetary support to rural development, agriculture sector and MSME sector, as they are important in increasing demand and consumption along with employment, skill development. Declaration of tax exemption (private and corporate income) is possible as a temporary relief for the areas affected by the epidemic. Steps can also be announced to rationalize indirect taxes especially GST. With an incentive to implement labor and land reforms better, the government will further promote ease of doing business.

A glimpse of ‘self-sufficient India’ will be seen in the budget, these products will be expensive if the customs duty on imported products increases

Petrol prices at record level in country, know how much to pay today