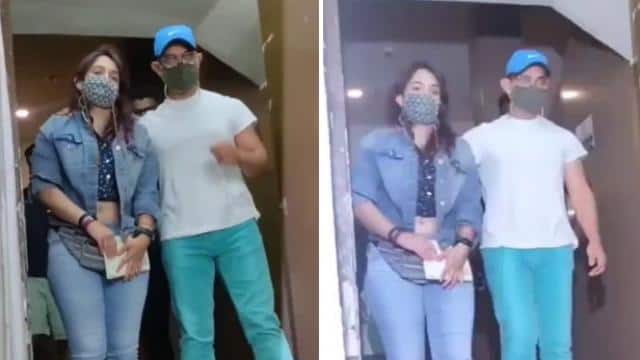 Bollywood actor Aamir Khan was spotted outside the theater in Mumbai with daughter Ira Khan. According to reports, both Aamir and Ira had reached the theater to watch the film ‘Suraj Pe Mangal Bhari’. Both were seen wearing masks on their mouths. However, Aamir has not yet reacted to the film, but he is definitely being trolled on social media.

Before going to see the film, Aamir Khan had informed the fans by tweeting that he is going to watch the film ‘Suraj Pe Mangal Bharti’. Looking forward to experiencing the big screen after a long time. People have made heavy comments on this tweet of Aamir. People believe that Corona is not over yet, so going to theaters and watching movies is not right.

Let me tell you that when Aamir Khan reached the theater, a crowd of people surrounded him. Everyone started appealing to them to click the photo. Aamir also clicked photos with everyone. Cinema halls are open after a long time due to Coronavirus. Gradually people are going to see the movie in the theater. Shooting of TV shows and films has also started.

Aamir Khan is currently busy shooting for the next film, Lal Singh Chadha. It also stars Kareena Kapoor Khan in the lead role.