Ankita Lokhande used to decorate the house with Sushant Singh Rajput and his photos, this old photo is going viral 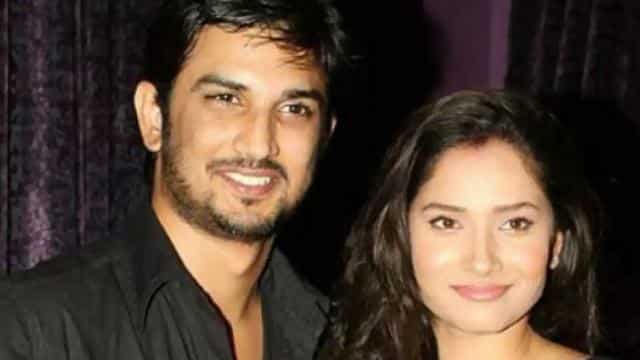 After the death of Sushant Singh Rajput, some old videos or photos related to him are going viral on social media. Now the fans have shared an old photo of Ankita Lokhande in which she is seen at home with her mother. If you look in the background of this photo, you will see many photos on the wall. All these pictures are of Ankita and Sushant.

Apart from this, where Ankita is standing with her mother, there is also a photo of Ankita and Sushant. This photo shows that when Ankita was in a relationship with Sushant, she decorated the house with many of her photos in her house with Sushant.

Shekhar Suman met the family of the late actor Sushant, said – there should be a CBI inquiry into the death

During an interview recently, Sushant’s friend Sandeep Singh said, ‘Ankita was not just his girlfriend. He replaced his mother in Sushant’s life. It has been 20 years in the film industry, but I have never seen a girl like Ankita. No one can take care of Sushant like Ankita. She used to do things that Sushant liked. She used to prepare keeping in mind the choice of Sushant. She was his cook of choice. Even the interior of the house was Sushant’s choice ‘.

Sandeep further said, ‘Ankita is very emotional. After reaching a career high, he almost gave up acting for Sushant. He is a well-known name for TV and he was also getting offers for films. Even after the breakup, as many Sushant films were released every Friday, they prayed to God to make their film a success’.

Kunal Khemu expressed displeasure over not being invited to the Disney Plus Hotstar program, saying – ‘Respect and love are not sought …’