Anushka Sharma posed for the cover page of the magazine with Baby Bump, told she had hidden pregnancy 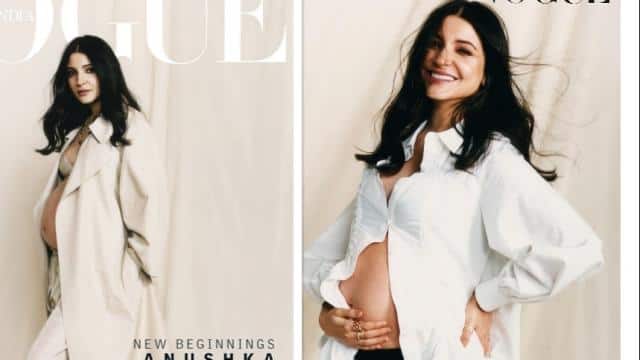 In the photo featured on the cover page, Anushka Sharma is wearing a bralette and is wearing pants. Apart from this, he is also wearing a cream color coat. Talking to Vogue, Anushka Sharma said that due to the lockdown, she got a chance to spend long time at home. He said that during this time no one came to know that I am pregnant. Anushka Sharma said, ‘In a way, this epidemic of corona was a strange kind of boon. I had Virat with me and I wanted to keep it a secret. We used to go out only to go to the doctor’s clinic. At that time nobody used to be on the streets. So nobody could see us. ‘

Alaa told, what mother Pooja Bedi has learned about marriage and relationship

Talking about the early days of pregnancy, Anushka Sharma said that during that time she was busy in promotion of Bulbul and she had a sudden problem during Zoomcall. She felt unwell and weak. Anushka Sharma said, ‘After this I immediately turned off my video and messaged my brother Karnesh Sharma. He was also on call at that time. If I were on the set or in the studio, everyone would have known. ‘ Anushka Sharma said that she is busy these days in preparing a gender neutral nursery for her child.