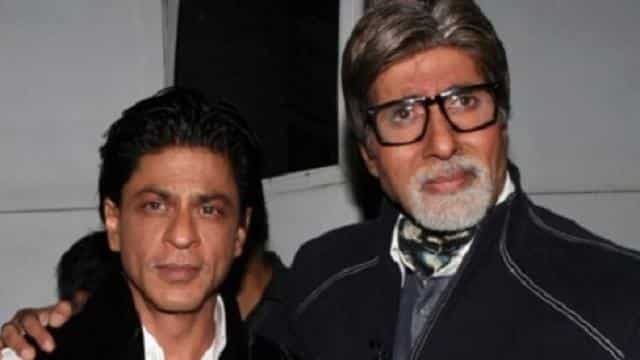 When Amitabh Bachchan had to give 14 retakes for a scene of ‘Amar Akbar Anthony’, Shabana Azmi narrated an interesting anecdote

Amar Akbar Anthony, the film by megastar Amitabh Bachchan, is considered one of the finest films. Vinod Khanna and Rishi Kapoor also played important roles in it. The film proved to be a super hit at the box office. Shabana Azmi was also a part of this film. He revealed that Amitabh had given 14 retakes for a scene of the film.

Ban on work of children younger than 10 years and actors above 65 years of age, yet Bapuji will shoot ‘Tarak Mehta Ka Ooltah Chashmah’

‘Tarak Mehta Ka Ooltah Chashmah’ fame Bapuji a.k.a. Champak Chacha aka Amit Bhatt rules the hearts of the audience. His lessons are liked by everyone. Bapuji plays an elderly man in the show. Let us tell you that the film and TV industry has come to a standstill amid the enforced lockdown in the country. No actor is shooting on set. But now some actors will be able to shoot under the guidelines issued by the Maharashtra government. However, the work of artisans younger than 10 years and above 65 years of age is still banned.

Malaika Arora appeared in the mood for fun amid the lockdown, fans liked the style of the actress

Beautiful actress Malaika Arora of the film industry is spending time at home with son Arhan in lockdown. Along with this, she is very active on social media. Now he has shared many of his pictures on social media by making a collage, which his fans are very fond of. Malaika is seen in different moods in photos. She is seen having fun with herself. Malaika is seen posing differently in these pictures. Sometimes she is making mustache with her hair, sometimes by putting a finger on her mouth and telling everyone to remain calm.

Bollywood superstar Salman Khan is very fond of cycling. When they feel like they go out on the streets of Mumbai for cycling. These days Salman Khan is staying with his family in a farm house in Panvel due to the lockdown. During this time, actress Jacqueline Fernandez is also living in Salman’s farm house. Meanwhile, a video of Salman is going viral on social media.

It is said that her vanity van is the second home for Bollywood celebs. This is what they use to rest between shots. Like a luxurious house, the vanity vans of celebs are also very beautiful. They get it made by their choice. Recently, a fan page of Alia Bhatt has shared some pictures of her vanity van on social media, which will also surprise you. Alia Bhatt’s vanity van from inside is lavish and luxurious.

Director Sanjay Leela Bhansali directed many excellent films, which proved to be more than one superhit. His film Hum Dil De Chuke Sanam featured Salman Khan and Aishwarya Rai in the lead roles. The duo was also well-liked, but did you know that the first choice for this film released in 1999 was not Kishore Kapoor but Aishwarya.

Shahrukh Khan helped the child who woke up the body of the mother, said- I can understand this pain

Shahrukh Khan is helping the needy these days. Now recently his Mir Foundation has come forward to help the child whose recent video went viral. In the video, the child tries to raise his dead mother. The Mir Foundation tweeted, ‘The Mir Foundation says thanks to all those who helped us reach this child. This video shocked everyone. Now we will fully support this child. He is currently with his grandfather.

When Bhagyashree was told in front of son Abhimanyu by Yash Chopra, ‘stupid girl’, the shocking reason came out

Actress Bhagyashree debuted in the blockbuster film Maine Pyar Kiya. Salman and Bhagyashree worked together for the first time in this film. Bhagyashree shared an anecdote that once Yash Chopra called her in front of son Abhimanyu as a stupid girl. Let me tell you that during the film ‘Maine Pyar Kiya’, the actress was in a relationship with Himalaya Dasani. She was not sure about getting success after marriage, so she decided to leave the film industry behind and move forward in life.

Bollywood actress Sonakshi Sinha is known for her brilliant acting. He has given many great films to the film industry. Today Sonakshi is celebrating her birthday with the family. Meanwhile, an old video of him is going viral on social media. Salman Khan is also seen with him in this video. In the video, Salman Khan is seen speaking a dialogue of the movie Mere Apne. Actually, this dialogue was spoken by Shatrughan Sinha in the film. In this funny video, Salman lip-syncs to Shatrughan’s dialogue. He asks Sonakshi, said Sham. Sonakshi says in response to this, she has gone to the dispensary for Bittu. After this, Salman says, when he came, he had come to tell him. If there is too much heat in the blood, then definitely come to the ground.