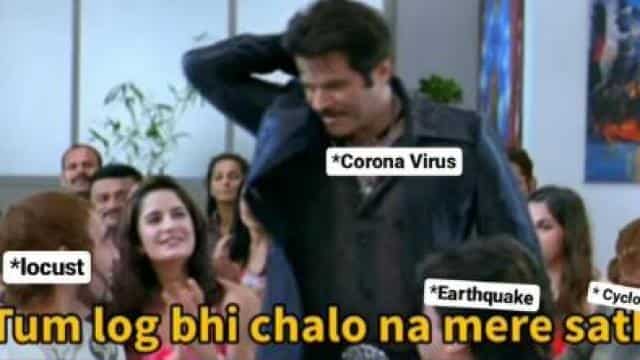 The year 2020 has been the worst yet. The demise of Bollywood celebs, the terror of locusts, the corona virus, wildfires and what not. And now the name of Cyclone Storm Nisarg has been added to this list.

Cyclone Nisarg will hit the coast of Maharashtra on Wednesday. In view of the devastation, a red alert has been issued in Mumbai and Gujarat. The Meteorological Department said that it could take serious form. The government has appealed to the people to stay indoors. Meanwhile, heavy rains have also started in Maharashtra since late in the evening. At the same time, Bollywood celebs are also releasing videos asking people to be cautious.

Richa Chaddha’s cat ‘Kamali’ got a strong slap, the actress shared a photo and wrote – It was very painful!

Many Bollywood mimes are being made on this cyclone on social media. There are some dialogues that look at this and fit it accurately. However, the storm cannot be avoided but the tension caused by it can be reduced slightly. Read Bollywood Meems …

Me putting my phone in a plastic cover before going to sleep#CycloneNisarga pic.twitter.com/lYXy6x7pRX

#Cyclone #CycloneNisarga is coming towards Mumbai after 184 years.

I think after 3 month Mumbai will not sleep again.
Standing in balcony you can feel the wind. #StaySafe #CycloneNisarga #Cyclone pic.twitter.com/Joy0imWqM9

Let us tell you that recently Shilpa Shetty and Akshay Kumar have released videos on cyclonic storm Nisarg, in which they are seen asking people to be vigilant and take precautions.