Diljeet said by sharing the picture of an elderly farmer bathing in the cold and open, these people think of him as a terrorist. 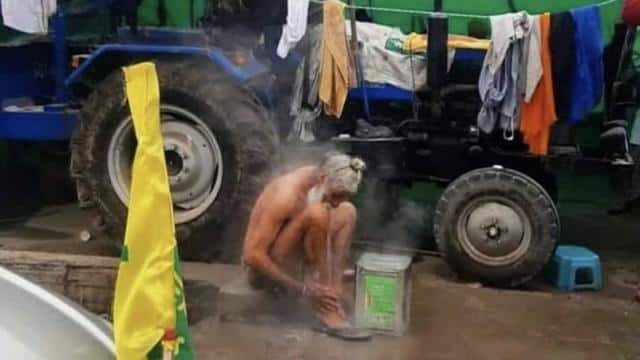 Punjabi star Diljit Dosanjh, who is strongly supporting the farmer movement, has now attacked people who questioned the protesters in another tweet. Posting a picture of an elderly Sikh man bathing in winter and in the open, Diljit Dosanjh wrote, “These people of God, these people are seen as terrorists. There is also something called humanity. In the picture, an elderly man is seen taking an open bath in the winter and a tractor is standing next to which some clothes are hanging. However, some people have also trolled this post of Diljit Dosanjh.

Ex-boyfriend at the kissing pose of Krishna Shroff, move too quickly?

One user while replying to Diljit Dosanjh’s post wrote, ‘Diljit Paji we love Punjab. Love the people of Punjab and love the farmers, but not the Khalistanis. ‘ Another user also accused Diljit Dosanjh of spreading hatred. The person commented on Twitter, writing, ‘Do not spread poison. You are an artist of some merit. If there is anger towards a person, do not apply it to the whole society and country. It takes time to earn respect. Don’t lose it. ‘ However, there are many people who are supporting Diljit Dosanjh’s comment and praising him for favoring the farmer movement.

Let me tell you that Diljit Dosanjh is quite vocal about the farmer movement. He has also got into a heated argument with actress Kangana Ranaut on this issue. She had surrounded Kangana Ranaut on a tweet describing a woman from Punjab as Shaheen Bagh’s grandmother. After this, the actress also had a fierce attack on her. The entertainment world also seems to be split about the peasant movement.

On the one hand, celebrities like Himanshi Khurana, Priyanka Chopra, Richa Chadha and Swara Bhaskar have supported the movement, while actors like Kangana Ranaut and Sunny Deol have said that other elements are trying to take advantage of the movement.

Due to Sonu Sood’s image, the makers made major changes in the film, the actor said – I will not play villain’s role

Views of ‘Ashram’ web series crossed one billion, know what Prakash Jha said on the controversies