From comedy to horror, these 9 films will be released this year on Amazon Prime, see schedule 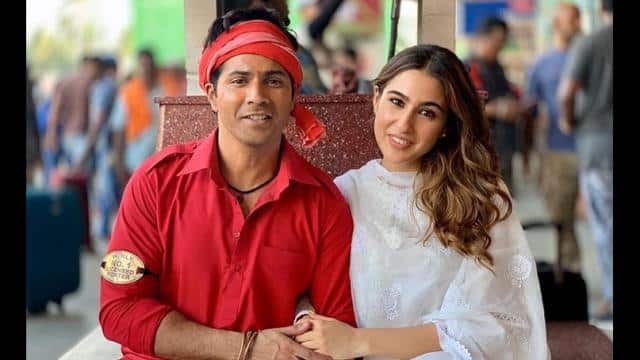 Before the theaters open in many parts of the country, Amazon Prime has announced the release of new films. Which will be released in slots from October to December. The films release list includes Varun Dhawan and Sara Ali Khan starrer ‘Coolie No.1’, Bhoomi Pednekar’s ‘Durgavati’ and Rajkummar Rao and Nusrat Barucha’s ‘Chalap’.

David Dhawan’s ‘Coolie No.1’ is a sequel to his 90s blockbuster film. Govinda and Karisma Kapoor were in the lead roles in that film. Now starring Sara Ali Khan and Varun Dhawan, the film will be released on the OTT platform on 25 December on the occasion of Christmas. Apart from this, R Madhavan starrer Tamil film ‘Mara’ will be released on 17 December. The film also stars Shraddha Srinath in the lead role. ‘Mara’ is the official Tamil remake of the Malayalam film ‘Charlie’, with Dulquer Salmaan and Parvati in the lead roles.

Actor Saqib Saleem raging on trolls, said- If you have guts, abuse me in front of me

Bhoomi Pednekar’s film ‘Durgavati’ will be released on December 11 on Amazon Prime. It is reportedly a remake of the South film ‘Bhagamathi’ in which Anushka Shetty was in the lead role. This film of Bhoomi is produced by Akshay Kumar. Rajkummar Rao’s ‘leap’ will be released on November 13 on Amazon Prime. Directed by Hansal Mehta, the film was initially titled Turram Khan. The film was also scheduled to be released earlier this year, although this was not possible due to the corona epidemic.

‘Even though we don’t have the answers but …!’, Riya Chakraborty’s sister, Sushant Singh Rajput, spoke after getting bail