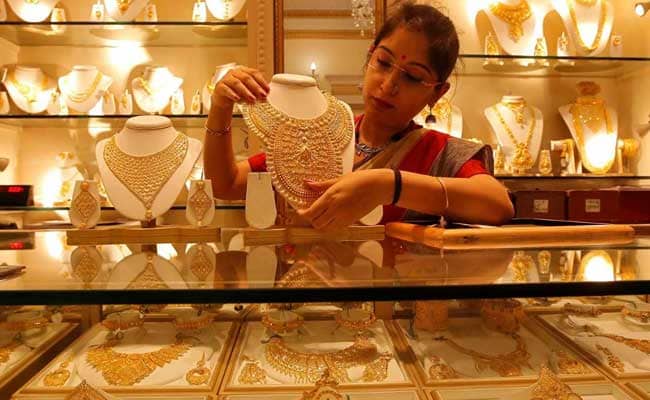 Gold Prices today: Gold and silver prices have come down, while future prices have also fallen.

The global market of bullion is showing softening, both gold and silver metals are seeing a big decline. In the last trading session, futures prices have also seen a fall. Due to softening in the global market, the price of gold in the local bullion market also fell by Rs 191 to Rs 46,283 per ten grams on Friday. HDFC Securities has given this information. In the previous day’s trade, gold had closed at the rate of Rs 46,474 per ten grams.

Navneet Damani, vice-president of commodity research at Motilal Oswal Financial Services, said the attractiveness of the yellow metal has diminished due to positive data from the US economy and higher realizations in US bonds.

According to the last trading session, speculators bought fresh deals due to strong spot demand, due to which gold prices rose by Rs 44 to Rs 46,770 per 10 grams in the local futures market on Friday. At the Multi Commodity Exchange, gold for delivery in the month of June rose by Rs 44, or 0.09 per cent, to Rs 46,770 per 10 grams. It traded for 10,702 lots. According to analysts, the rise in gold prices was triggered by traders buying fresh deals. Gold in New York rose 0.24 percent to $ 1,772.50 an ounce globally.

At the same time, silver futures prices have come down. Due to weak demand, traders reduced their deals, due to which silver prices fell by Rs 55 to Rs 68,582 per kg in futures trade on Friday.
At the Multi Commodity Exchange, the June futures contract for silver fell by Rs 55, or 0.08 per cent, to Rs 68,582 per kg. In this futures contract, deals were done for 8,513 lots. Globally, silver fell 0.26 percent to $ 26.05 an ounce in New York.