Kangana Ranaut tweets on names of Bollywood celebs in drugs case, for the first time ‘Bollywood’ mafia regrets their cruelty 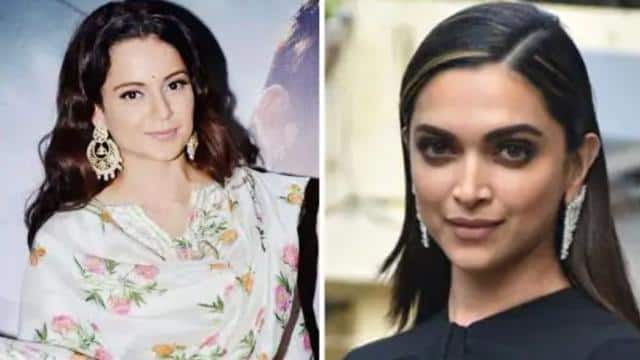 Kangana Ranaut’s reaction has come to light after summons were sent to actresses Deepika Padukone, Sara Ali Khan, Shraddha Kapoor and Rakul Preet Singh in the Bollywood drugs case. Actress Kangana Ranaut has said that ‘Bollywood Mafia’ would be celebrating for the first time that I wish Sushant would not have been killed.

Kangana Ranaut tweeted, “For the first time he must be regretting his cruelty, sorrow and silence. For the first time, he must have been wishing that he would be able to take time back and bring it back. ”Kangana Ranaut has been a big target since the death of Sushant Singh Rajput. He has claimed that Sushant did not commit suicide but was killed. Kangana has been attacking nepotism, Bollywood ‘mafia’ etc.

Kangana has been in the headlines for months
Kangana Ranaut has been in the news for several months. During this dispute, he has also met the Shiv Sena. After comparing Mumbai Police and Mumbai to Pakistan Occupied Kashmir, Shiv Sena spokesman Sanjay Raut targeted Kangana. At the same time, the BMC had given a notice of alleged illegal construction in his office to Kangana Ranaut, who is constantly making rhetoric. Within a day of this notice, a part of Kangana’s office was destroyed.

NCB summons several actresses including Deepika, Sara for questioning
NCB has called several actresses including Deepika Padukone, Sara Ali Khan for questioning. A senior NCB official said that Padukone has been summoned on Friday. An alliances of drugs have surfaced in Bollywood during the NCB investigation into the drugs angle in the death of actor Sushant Singh Rajput. NCB has asked Sara Ali Khan and Shraddha Kapoor to appear on 26 September, while Rakul Preet Singh, Rajput talent manager Shruti Modi and designer Simon Khambata will appear on Thursday.