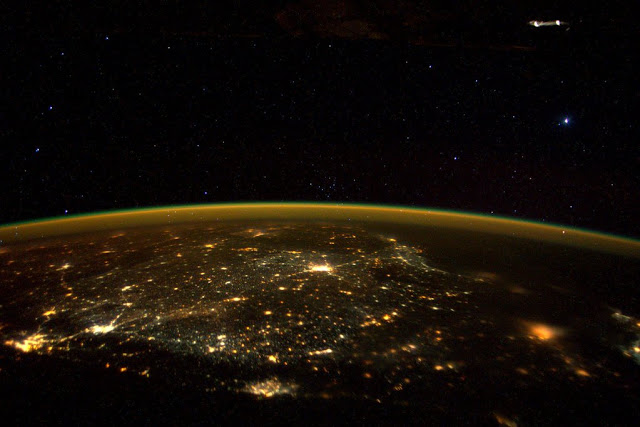 Scott Kelly, an America astronaut who is on a year stay in space, has posted a brilliant picture of astonishingly lit up South India, taken from ISS (International Space Station).

Scott Kelly has been having a great time witnessing the spectacular night view of the earth for 233 days now starting from March. He has taken a panorama shot on the 23rd of September using a D4 digital camera from Nikon equipped with a 28 mm lens. He seems to have got this amazing view while looking towards the north of Indus valley river .

Mr. Kelly, on his twitter account, has posted more of such pictures ever since he reached. The picture of South India at night time, taken by him, is wonderful and looks more like a complete web of golden threads studded with pearls here and there!

Day 233. Once upon a #star over Southern India. #GoodNight from @space_station! #YearInSpace pic.twitter.com/ipT4AsDDir

NASA also had shared a beautiful picture of the Indo-Pak border from space and one more of the Himalayas both during night time. 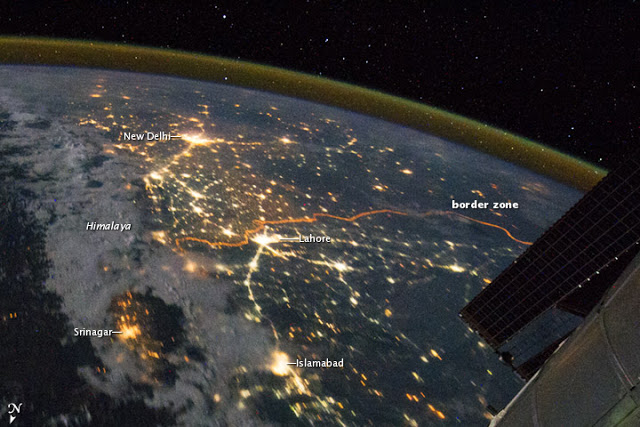 Scott also has tweeted pictures of the attack on Paris which has accounted for a death toll of 129 and
a lot more injured.

Shocked & saddened by terrorist attacks on #Paris Standing with #France from @space_station. Our thoughts are w you. pic.twitter.com/LLR7jK6gFe

Scott Kelly is a 51 year old astronaut who is now on a space mission with Russian colleague, Mikhail Korniyenko. Their mission lasts for 342 days in space making way for researchers to study the effects of the long term stay on their health.