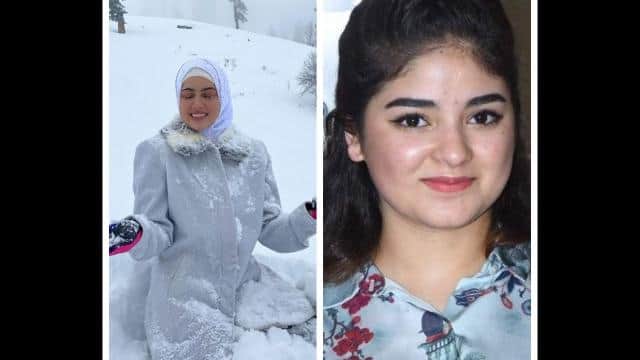 Actress Sana Khan is on honeymoon these days with husband Mufti Anas Syed. She often keeps posting her photos. Although he had decided to leave the cine career before marriage. Sana Khan was shocked by her decision and said that she wants to follow the path of service to humanity and the creator of this world. Apart from Sana Khan, who was involved in Bigg Boss Season 6 and Khatron Ke Khiladi, there are many such stars from India to Pakistan, who have left their film careers for religion. Let’s know about them …

Sana Khan shocked by leaving Bollywood: Sana Khan suddenly surprised everyone by taking the decision to quit the cine career. She has acted in films like Tamil and Telugu. Apart from realty shows like Bigg Boss Season 6, Khatron Ke Khiladi, she also acted in Salman Khan’s film Jai Ho and the web series Special OPS. He is now married to Gujarat-based Mufti Anas Syed and has changed his name to Syed Sana Khan.

Not only Dilip and Raj Kapoor, Shahrukh Khan also has a connection with Pakistan

Hamza Ali Abbasi left career for religion: Hamza Ali Abbasi, a well-known actor in Pakistan, had decided to quit his career after marrying Namal Khawar. While announcing his career, Abbasi said that through Islam, he has received answers to some questions about how the world was created and how humans live in this world. Abbasi’s decision surprised the people as he gave up his career in succession.

When Kiara was called ‘Kayra’ by the reporter, the actress reacted

Actor left career after announcing on Twitter: Feroze Khan has also been a similar actor from Pakistan, who decided to leave the entertainment world to move in the path of religion. Feroze Khan also gave information about this decision on Twitter. He wrote, ‘I declare that I have decided to leave the entertainment industry. I will now only work for teaching of Islam. ‘

Vikas Gupta after coming out of ‘Bigg Boss’ – has imprisoned himself

LIC Aadhaar Shila: Women can take insurance for Rs 250, coverage up to 3 lakh

Women sitting at home can earn significantly, will get 10 lakh rupees for small business