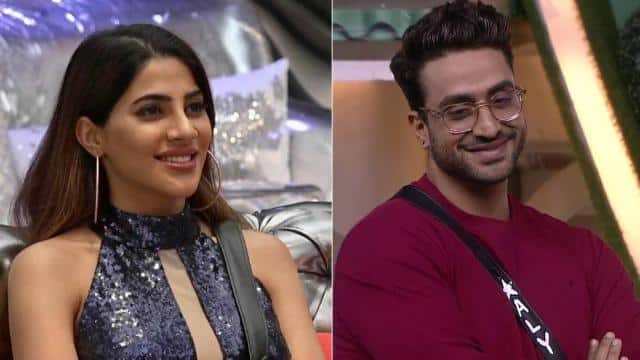 In the reality show Bigg Boss 14, there seems to be a love triangle among contestants. Recently, Jasmine Bhasin has admitted in front of Kashmira Shah that she has been in relationship with Ali Goni for the last three years. Now Nikki Tamboli has also started liking Ali Goni. She said that if Ali proposes to her, she will say yes in response.

On Tuesday’s episode, Ali talks about Nikki and Rakhi Sawant. Nikki says, “Ali I know Jasmine is your girlfriend but I like you?” I told you who told you this? Rakhi says, “I don’t remember, but someone has spoken this thing.” Nikki says, “But Jasmine is not even Ali’s girlfriend, both are best friends.”

Kiara Advani told- Varun Dhawan used to call in the middle of the night, know the reason

Watch this tonight at 10:30 PM.
Catch it before TV on @VootSelect.@BeingSalmanKhan #BiggBoss # BiggBoss14 # BiggBoss2020 pic.twitter.com/GKzVh6pO65

Nikki speaks, “Jasmine said that she never thought about that feeling for Ali.” Then Rakhi says, “I think he likes you. If you like him then you don’t give up. “In response Nikki says,” I am not giving up, if he ever comes up to me and asks if I like him, my answer will be yes. ” Rakhi says, “Then I will ask her once to ask you.” Nikki Tamboli is ashamed to hear this.

Ali said- If Jasmin’s parents do not agree, then I will break the relationship with them
Earlier in the Monday episode, Ali Goni and Jasmine Bhasin were seen talking about the wedding. Ali says, “Now I will go out, find a girl, make a girlfriend or I will spend time first, then know that it does not turn out well.” Then, after giving so much time, I did not feel like, his time will be wasted. That’s why I think your setting is fine with you. ”

During this, Rakhi Sawant asks Ali Goni, if Jasmine does not accept Bhasin’s parents? To this Ali said, “Then I will stop talking to Jasmine.” He further said that he will not go against Jasmine’s parents. Jasmine tears up on hearing Ali’s words.